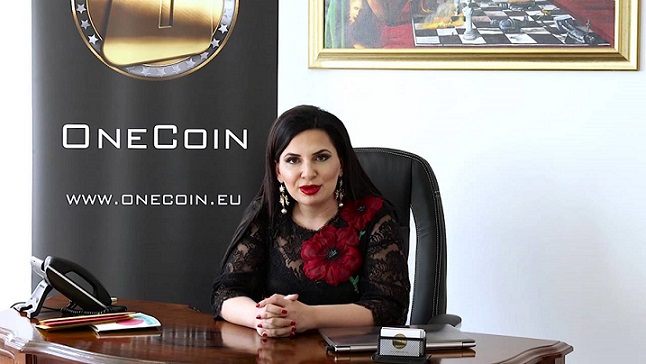 The “Power Woman,” Dr. Ruja Ignatova, is the brains behind OneCoin. What is OneCoin? It is an organization that offers an innovative method to make transactions and investments easier, faster, more convenient and more secure using cryptocurrency. The main aim of OneCoin is to make transactions of international money cheaper and faster. Cryptocurrency is virtual currency which has been established on the cryptography’s principles. The main aim of cryptocurrency is to secure the decoded data’s unauthorized usage. In simpler words, to ‘read’ cryptocurrency, the user must have a specific ‘reader’. This has enhanced the security of this currency.

Dr. Ruja Ignatova, known as the cryptoqueen, was the one to create the top cryptocurrency globally. Her vision and unique perspective changed the way people thought about transactions and investments. OneCoin offers reliability, innovation, and security with profitability. Cryptocurrency has now become awidely utilized investment tool.

Let’s get to know the woman behind it all.
The Cryptoqueen

Dr. Ruja Ignatova was born in Bulgaria. She moved to Germany when she was 10. This transition wasn’t easy on her as she had to learn a different language and adjust to a new environment. She did her schooling in Germany and started developing entrepreneurial spirit from a young age. She did her master’s from University of Hagen in Economics and from University of Konstanz in Law and a degree in Law M. Jur from Oxford University. She pursued her PhD in Law. She was the CFO and CEO of Bulgaria’s biggest Asset Management Funds, CSIF, where she managed more than 250M Euros. Afterwards she joined McKinsey & Company as an Associate Partner and worked for clients like Raiffeisen Bank, Allianz, UniCredit, and Sberbank. She worked on projects within areas of liquidity risk, risk management operating, asset management, private equity and corporate banking. She soon developed her vision and idea for OneCoin and decided to form her own company offering better opportunities to investors than cryptocurrency. In 2012, she was named ‘International Businesswoman of the Year’ and in 2014, she was named ‘Businesswoman of the Year’ in Bulgaria. In 2014, she also received a reward for innovation for founding OneCoin. With years of expertise and background, she became an expert in cryptocurrency. She has shared her knowledge with the masses by writing books on cryptocurrency. Those books have been translated into various languages. Dr. Ruja Ignatova earned herself the name ‘cryptoqueen’ as she became one of the leading cryptocurrency visionaries and experts in the world. Since the formation of worldwide cryptocurrency OneCoin in 2015, Dr. Ruja Ignatova has gained a lot of publicity and criticism. Even amid criticism, OneCoin became the fastest and biggest cryptocurrency in the world. The company now has the biggest market capitalization.

Her vision and aim to ease the transactions from the already known advantages of cryptocurrency and making it a foundation to launch one of the biggest innovative companies is truly exemplary. She made her way to the top in the male dominated business environment with her skills, experience, vision, and entrepreneurship spirit. She has redefined female empowerment in this industry and has offered a bug confidence boost to the women all over the world reminding them there is nothing a woman can’t achieve. Dr. Ruja Ignatova took the already successful cryptocurrency and discovered ways of improvement and innovation to this new technology. She aimed to rectify the problems and security issues with cryptocurrency and further improved this innovative technology. She created a system that eliminated the opportunities for theft. Coming up with trackable coin proved to be a smart move and was welcomed by the people all over the world.

As long as you change people lives for the better – your product has a value! Whenever I think about the big picture and the vision, I always think FIRST of the unbanked people and after that I think of business and the merchants who want to do business globally easier and faster…

She has assisted the financial world by enhancing security and making it easier to do business globally without the risk of theft or unauthorized usage. She has not only wowed the world with her innovative and entrepreneurship skills but also with her passion, charisma, and drive to make the lives of people around the globe easy. Dr. Ruja Ignatova empowered millions to transpire and work together for the betterment of our future. She serves as a motivation for many who want to find their way out in today’s competitive world and make it big. You can learn the important of vision, passion and purpose in achieve success and go after your dreams from her. Dr. Ruja Ignatova has indeed become one of the strongest and inspirational women in today’s world globally. She is indeed and inspiration for many as she has taught us to redefine goals, work harder, dream bigger and aim higher.

A Home is Home Not A Warehouse