Eye On The Classics

A tale almost romantic with history and years past, Cristóbal Balenciaga himself is almost a myth of a renaissance man. Also known as the king-the Moliére of dressmakers and fashion, Balenciaga’s fans are not only stars and haute couture lovers themselves- but fellow designers themselves. Christian Dior once saying, “Haute couture is like an orchestra, whose conductor is Balenciaga,” he once said. “We other couturiers are the musicians and we follow the directions he gives” and Coco Chanel noting “Balenciaga is a couturier in the truest sense of the word. Only he is capable of cutting material, assembling a creation, and sewing it by hand. The others are simply fashion designers”: a kind word coming from such a rigidly opinionated and specific designer. 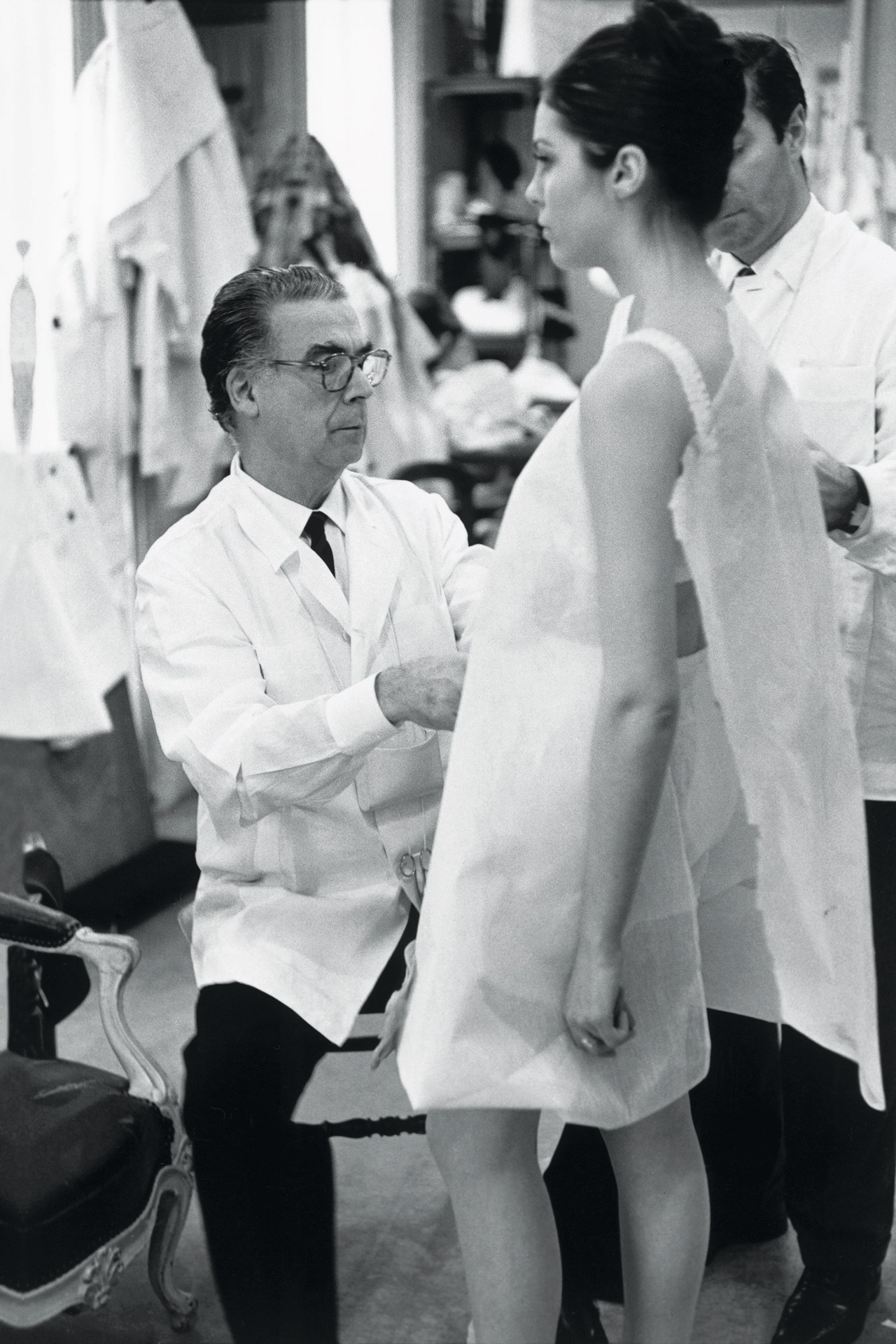 Balenciaga began as a designer in 1918, the founding of Balenciaga y Compañía. From the moment he opened his doors to his creations, popularity fell upon him, draped around him, as the elite lined up to be dressed in his pristine fashions. He soon opened more shops in Madrid and Barcelona, but in 1936 the Spanish Civil War required him to move headquarters to the City of Light. Established in a neoclassical stone edifice, where it still stands today, the new House of Balenciaga allowed buyers to fight over his boleros, accessories, and pieces. Continually aristocrats and royals, Hollywood stars like Greta Garbo and Marlene Dietrich, and the fashionably chic streamed through his doors to purchase his iconic pieces. 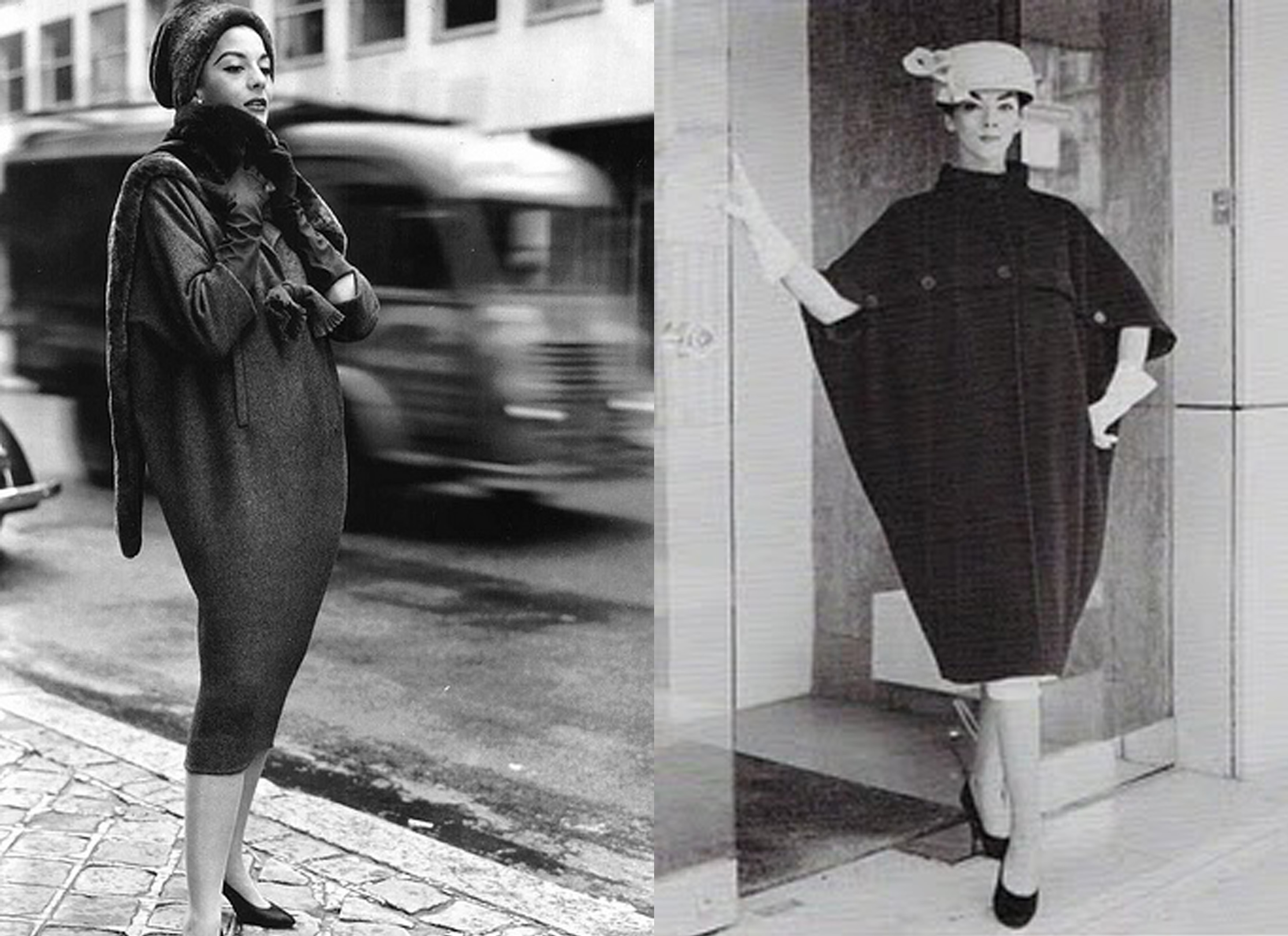 His work soon moved into artistic pieces such as the Infanta dresses, toreador jackets, and flamenco ruffles that brought together “the refinement of France and the strength of Spain”, ultimately Balenciaga’s trademark, as Cecil Beaton once described the line. Balenciaga became aware that his work would ultimately catch attention of copycats and in 1956 decided that his future collections would be presented privately to clients and specific buyers before releasing them to the anxiously awaiting public. The press would find out only one day before the items would be shipped to the retailers, keeping them in frenzy until they could get their hands on his work or glimpse the pieces for themselves. His designs were, and still are, coveted; clutched after, and to have it even less available made it even more desirable. From pillbox hats (made famous by Jackie Kennedy, to the dismay of her husband’s finances and American Presidential financial team) to “balloon dresses”, feminine suits and baby doll dresses, Balenciaga created looks that took the modern woman to new levels in couture. During the year he decided to privately show his line before press release, he introduced the waist-less, simple dress called the “sack”- changing the whole scenery of high fashion women’s wear- even being spoofed in an episode of the much loved American television show I Love Lucy. 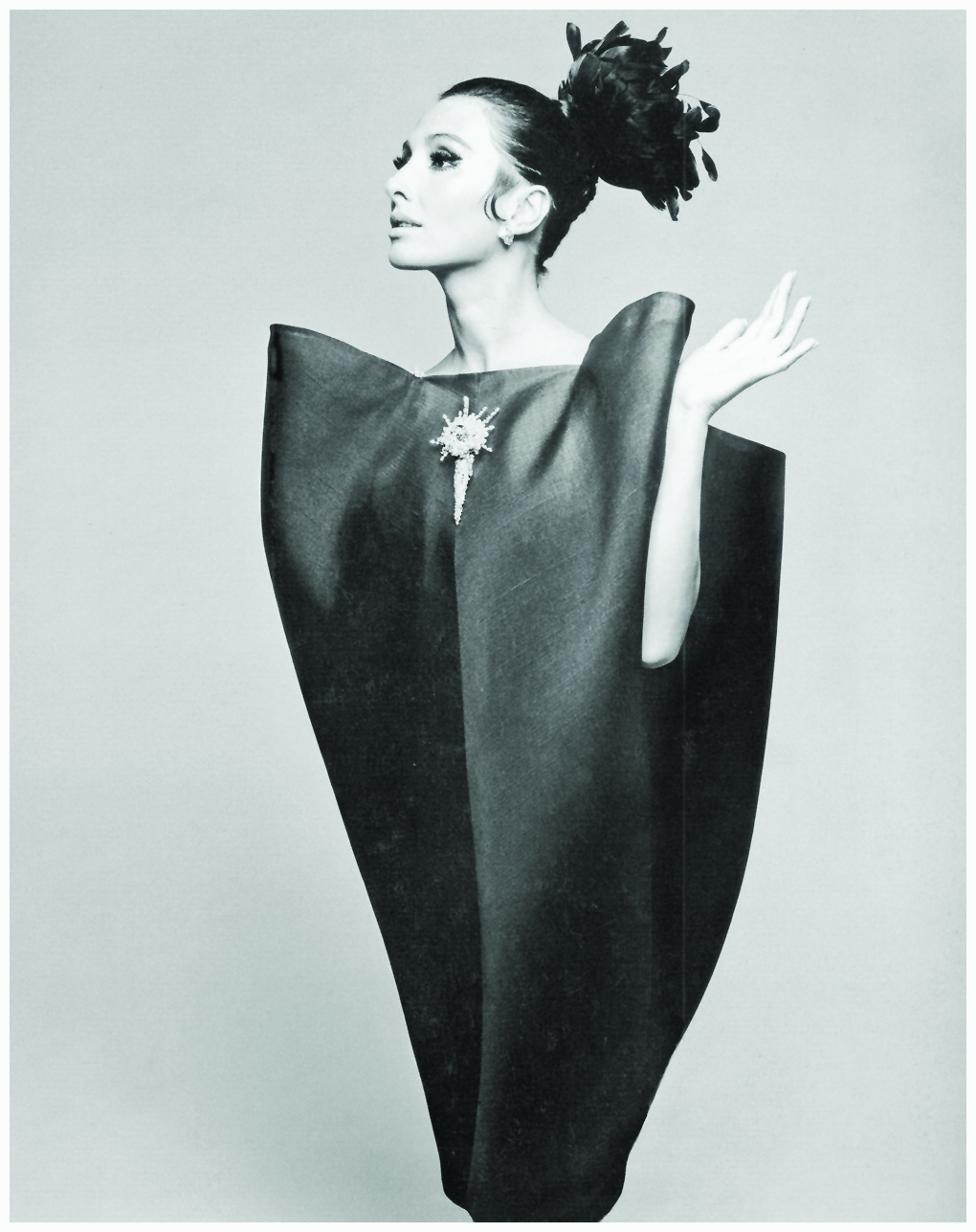 As Balenciaga continued designing, he tended to shift towards pure and elegant forms of design. Gazar, a newly introduced, stiff fabric was the ideal material to create sculptural pieces that would wow onlookers with the theatrical, ascetic, yet beautiful aura each piece presented. Balenciaga had always been adamant that a Balenciaga woman should have strength of character and pride. One of those devoted followers, Countess Mona Bismarck, shut herself away for three days when the designer retired himself in 1968. 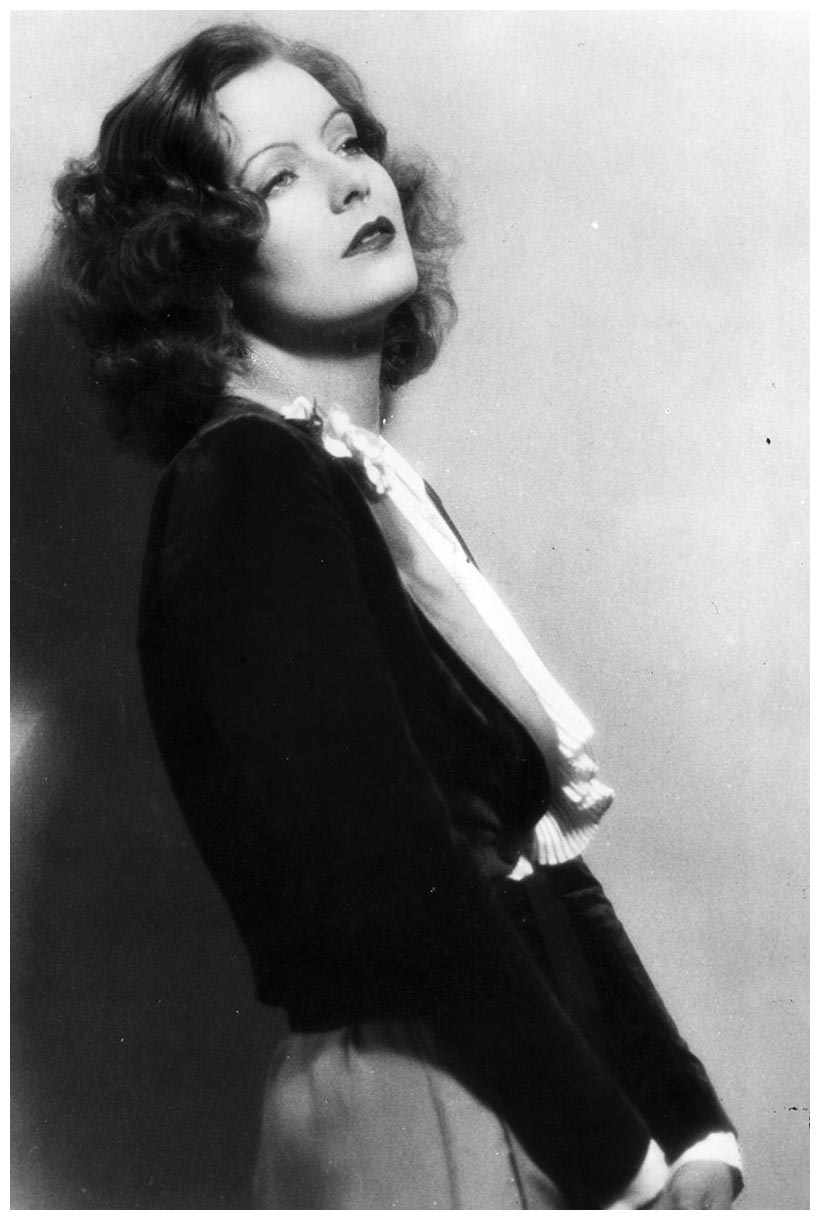 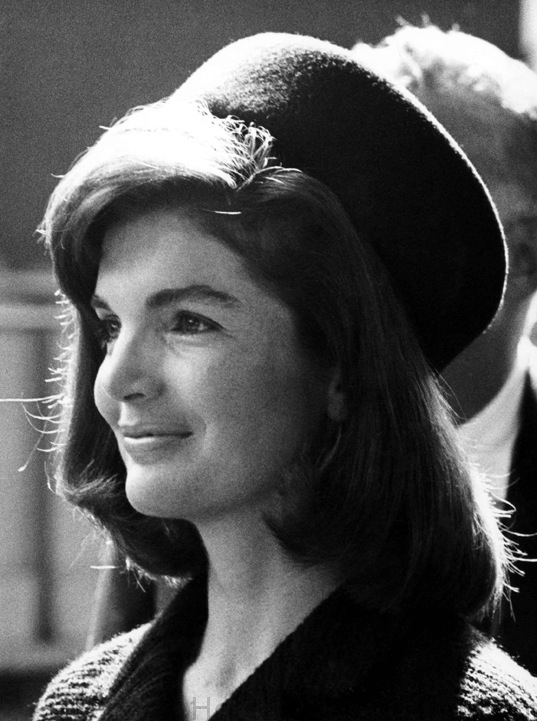 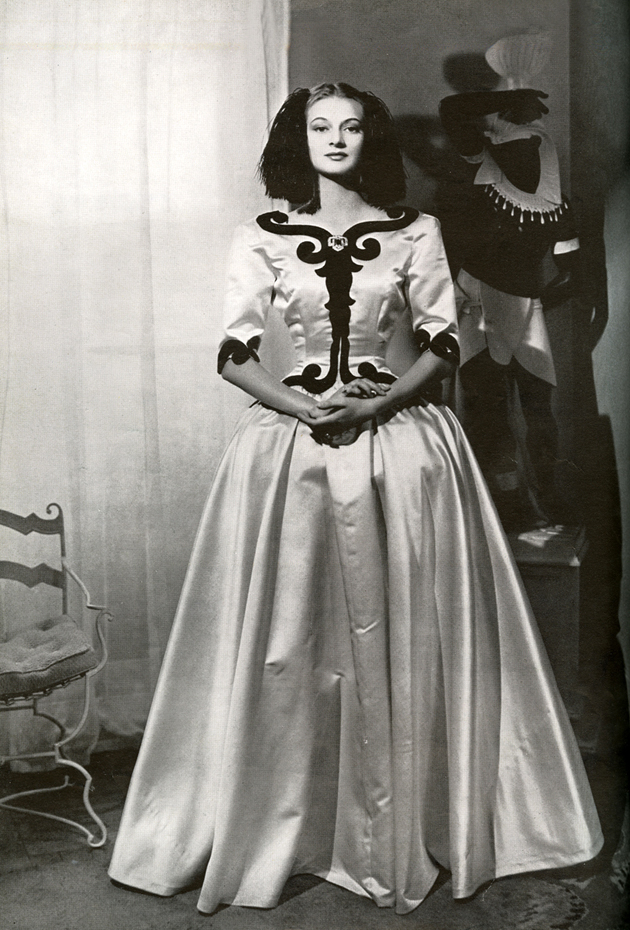 Many who worked under the Balenciaga label moved on to forge their own famous lines, such as Emanuel Ungaro, Oscar de la Renta, and Hubert de Givenchy.

For years, no one had the ability to step into Balenciaga’s shoes until 1987, the brand came under ownership of Jacques Bogart S.A. allowing  Michel Goma to design the line, giving accessibility to buyers in a ready-to-wear line, Le Dix, and from there, in 1992 Josephus Melchoir Thimister moved the line back to haute couture. In 1997, Nicolas Ghesquiére took over the brand by storm. Using women of power and strength and beauty such as Charlotte Gainsbourg and Chloé Sevigny, his pieces were edgy, eccentric, yet wearable only to the coolest. Much of his influence came from sci-fi like the Star Wars films using precise fits and futuristic cuts. Seven years after he took head at the House of Balenciaga, Ghesquiére began mixing the original Balenciaga looks with his more modernistic designs to create “absolutely abstract pieces.” He continued the line forward much like the founder, keeping things strictly exclusive to private buyers and restricted runway shows while experimenting with different and strange fabrics to create striking, sometimes mind-boggling pieces. He continued to lead the brand for fifteen years and in November of 2012, announced that he would be leaving his station with Balenciaga and letting a new face to build around the brand: Alexander Wang, the twenty eight year old known for his own lines Alexander Wang and T by Alexander Wang- simple, structured yet somehow intricate pieces loved by women of all ages for its minimalistic approach.

Now owned by Kering, previously known as PPR, and continues to cater to the highest in fashion such as Nicole Kidman, Madonna, Anna Wintour, Sienna Miller, and Kylie Minogue and working with other powerhouse designers such as Jean-Paul Gaultier and Agnes B.

Wang presented his first line for Balenciaga in February of 2013 at Paris Fashion Week; time will only tell if this young American wunderkind designer can carry the brand; there is no doubt, however, that none will ever live to the standard Cristóbal Balenciaga created for himself, for fashion, and for his devoted followers.