Pablo Picasso, a Spanish painter, playwright, stage designer, ceramicist, sculptor and poet, was born in Malaga, Spain, in 1881. He was one of the greatest artists of the 20th century and his works still hold a strong influence in the definition of modern art. He was particularly famous for his radical work. 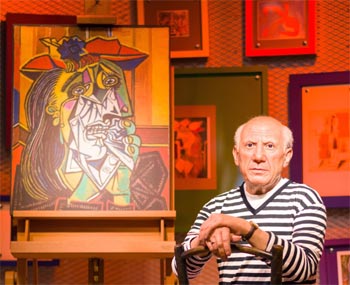 Picasso was a serious and introverted child. Although he had to struggle in his academics, he had an impeccable talent for drawing, since a very young age. Ironically, according to him, his first words were an attempt to say ‘lapiz’ which is the Spanish term for ‘pencil’.

Picasso’s father was Don Jose Ruiz Blasco, who was a painter himself and an art teacher. Picasso received his early training in drawing and painting from his father. By the age of 13, he realized that his expertise has exceeded beyond that of his father’s. It was then that Picasso started spending most of his time drawing on his notebook rather than focusing on his schoolwork.

In 1893, Picasso applied to the prestigious School of Fine Arts after moving to Barcelona, Spain, with his family. His exceptional talent got him admitted to the School. But, Picasso couldn’t bring himself to accept the formalities of the academic institution, and soon, he started skipping the classes and would wander in the streets of the city. He used to fulfill his appetite for art by sketching the scenes that caught his attention. His frustration with schools continued, and he joined the Royal Academy of San Fernando, after moving to Madrid, in 1897.

It was 1899, that marked the breakaway for Picasso from traditional classical techniques, and into the journey of innovation. He moved back to Barcelona during that year and found solace among the intellectuals and artists at the café called “El Quatre Gats” (The Four Cats).

After moving to Paris, France, Picasso opened his own studio where he worked on his paintings. The dominant color in his work during the period 1901 – 1904 was blue. Hence, historians describe this first period of Picasso’s career as the “Blue Period”. The death of his close friend Carlos Casagemas, had made Picasso lonely and depressed. He depicted his feelings in his paintings that were based on the subject of anguish and poverty. These paintings were solely based on varying shades of blue and green. 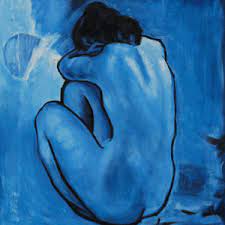 “La Vie”,  “Blue Nude” and “The Old Guitarist” were Picasso’s most famous paintings from the Blue Period.

1905 was the year when Picasso moved from blue and green to the warmer colors and introduced pinks, beiges and reds in his work. The historians define this period as the “Rose Period”. It was the result of him overcoming his depression. He had fallen madly in love with a model, Fernande Olivier, and had started working with some of the generous art dealers.

“Gertrude Stein”,  “Two Nudes” and “Family at Saltimbanques” were the most famous paintings from Picasso in this period. 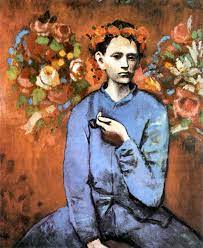 In 1907, Picasso painted a masterpiece called “Les Demoiselles d’Avignon”, a first of its kind work depicting distorted by sharp geometric features. This particular style was referred to as Cubism. Picasso, along with his friend and fellow-painter Georges Braque, were the pioneers of Cubism – a style that had a major influence on modern art in the 20th century. 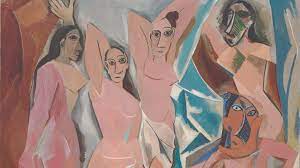 World War I brought Picasso towards realism, and he became more serious towards it, during the period from 1918 to 1927. His paintings “Three Women at the Spring” ‘ (1921), “TWO Women Running on the Beach/The Race” (1922) and “The Pipes of Pan” (1923) were his most important work during that period. He painted “Guernica” in 1937. It was a painting that is still considered one of the greatest paintings of all times. It was a moving anti-war painting that was inspired by Picasso’s anguish over the German forces’ attack on Guernica.

Picasso joined Communist Party post World War I1. From then on, he became the most famous artist alive. His works until the end of his life were focused on simple and crude techniques. He painted the famous “Self Portrait Facing Death” a year before his death.

Life and Death of the Legend

Picasso had lived a life of a womanizer that included many relationships with girlfriends, muses and prostitutes. He suffered from depression and anguish over the harsh realities of the world for some part of his life. He wed twice and had four children.

The co-creator of Cubism – a revolutionary visual art style – Pablo Picasso bid farewell to the world on April 8, 1973, in France. He left behind an enormous asset of his masterpieces, and an artistic legacy that will forever keep him alive and inspire the budding artists.