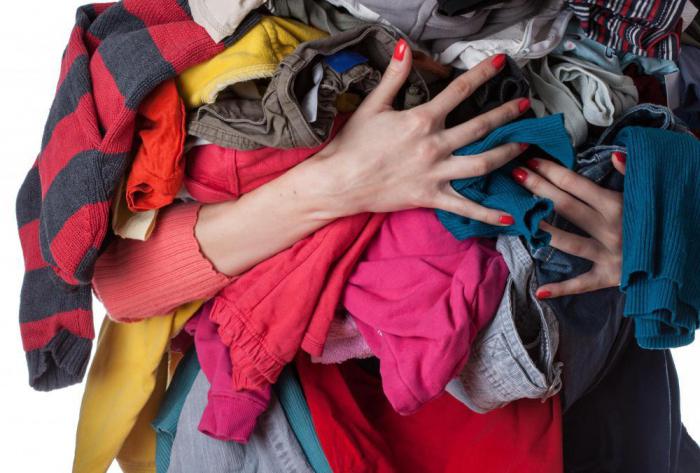 “The Land of Misfit Toys for Rejected, Sentiment-Filled Old Clothes”

-You know that dress you have in the back of your closet that you were to a birthday party when you were a child and kept trying to wear for multiple years after and then your mother forcibly removed it from your wardrobe and you cried? I still have a few articles of clothing like that hanging around. 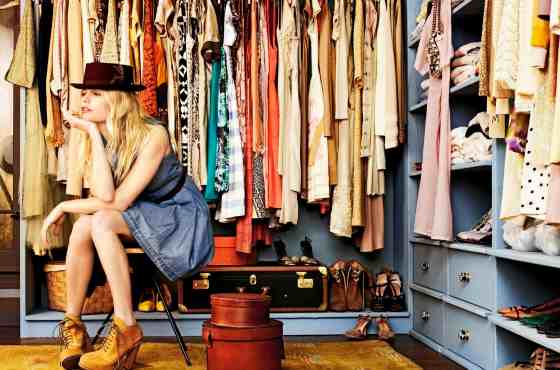 – I’ll be the first to admit that I keep things that I shouldn’t. But there’s something about capturing a day or moment or even a particularly good set of years by keeping an article of clothing that got you through, and you formed a little bond with. It’s a guarantee that the memories won’t be forgotten.

-There’s the sweatshirt from a really great hiking trip that you wear at the end of an awful day, complete with leggings, your hair up in a bandana and Etta James blaring loudly throughout the house + plenty of red wine. This is no sweatshirt. This is pure warm, fuzzy therapy, and nothing else.

-Or those really badass sparkleberryfresh high heels. Like HIGH, high heels that you try on for fun, and always think you’ll wear sometime but they actually feel like your feet have been sucked down into some sinkhole to hell. You may have left the house once while wearing them, only to turn back after five minutes because you knew you’d never last the day with your feet in searing pain. These are perfectly fine to keep in your closet, just so that you can stare at their rare beauty from time to time, but guys do yourself a favor and never leave the house in them again. K you’re welcome. Just tryna help y’all out here.

-There might be a collection of rubber animal purses hiding in there that served their time faithfully but eventually needed to exit your life quickly and quietly. When you hear someone refer to you as “The Girl with the Animal Purses” you make changes FAST.

-Then there’s the Default Outfit- we all have one for almost every conceivable occasion. Sometimes you stray from the Default Outfit. On say, a job interview. You might think a job interview is a great time to mix things up!! On the morning of the interview you’ll change your mind, despite having carefully laid out and ironed the Default the night before. But you get a wild hair that next morning! Shortly before you leave to say to yourself, “HEY you know what would be a FABULOUS idea? If I instead wore Denim on Denim with Patent red clogs! I could look like a patriotic elf!” You do this and somehow get the job anyway. Still, though, this is not a tactic I would necessarily suggest, especially if you run into your Finance/Accounting student brother later in the day who will never, ever forgive you for wearing that to an interview, “BUT D.J. I STILL GOT THE JOB…” (D.J. doesn’t care. He says you went to an overpriced art school. D. J. will never understand your spontaneous artsy life decisions.) 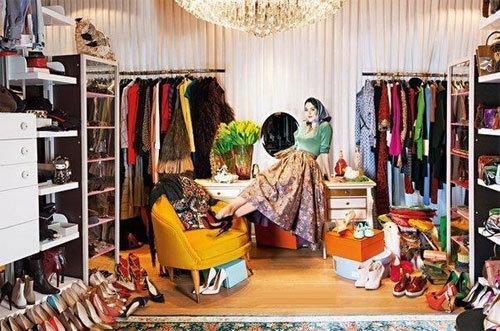 – There are sometimes things that we hold onto that SHOULD go, however, that dress you’ve been patiently saving to wear until the cellulite on the back of your thigh is gone? Yeah, that cellulite isn’t going anywhere, and you’re never going to wear that. Save yourself a lot of wasted time and self-loathing and Get. Rid. Of. It. Your thighs are wonderful, you are wonderful, that dress doesn’t belong in your life anymore. Buh-Bye dress!!

-While some embarrassingly overstuffed closets might consist of Summer AND Winter clothes, instead of putting half of one’s wardrobe in storage, (the horror!) mine has articles of clothing that range from birth to sweaters I might feel like wearing when I’m an old lady. You Say Hoarder I Say Collector! 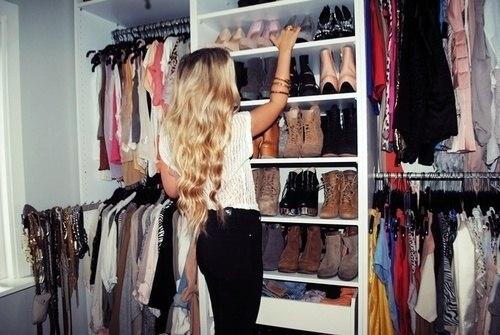 There is something about the idea of having a secret horde of treasures “in the closet” that just seem to suit them- it’s like their little home! Like the Land of Misfit Toys for rejected, sentiment-filled old clothes. They won’t tell anyone that you keep them around, and neither will you (unless you write an article about it but don’t be like me, K guys??)