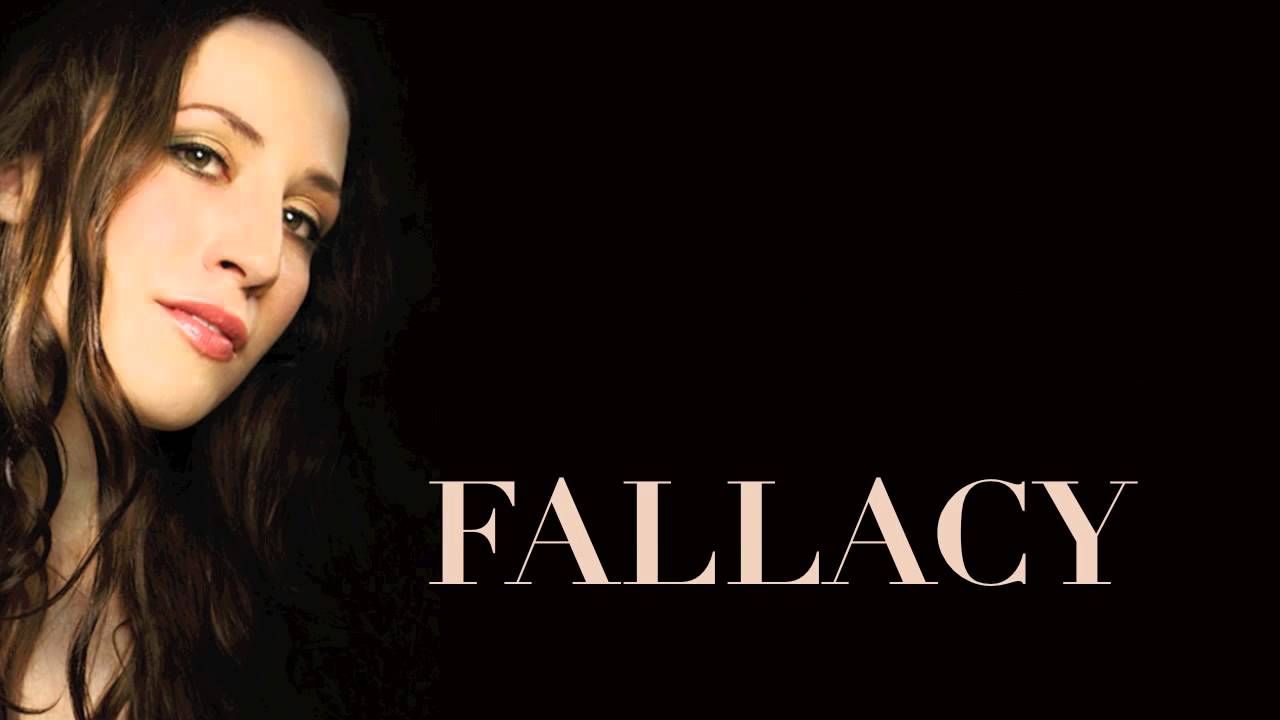 Amanda Bloom is a classically trained pianist who has been living and breathing music since she was a child. She is a true artist whose soul listens to the past and speaks to the present with emotionally touching melodies that pull at your heartstrings. Amanda Bloom takes us into her world and tells us the ups and downs of being a musician/singer in Asia and what inspires her masterpieces.

Hi Amanda, so glad you took some time out of your busy schedule to talk with us. So can you tell Ladies readers what type of artist you are and how your passion for music started?

I first began playing the piano at 3 and took traditional classical piano lessons until I was 18 years old. For as long as I can remember I was always turning everyday sounds into songs and my first proper composition for the piano was based off the major arpeggio alarm that our car would make to warn us when one of the doors was open. I turned it into a little piano sonata that took out first place in the San Francisco Young Composers award in 1986. I was 6 years old (!) I actually found the score the other day which was so amazing. I started writing pop songs when I was about 18 and left university to pursue writing for other bands and singers in Australia before composing and producing my first album “The History of Things to Come” which I started in Australia and finished in Amman, Jordan with members of the Amman Symphony Orchestra. That album was a classical piano- driven fusion rock album with some softer almost Celtic ballads. My second album “Atlas” which I recorded across Asia is more a world fusion blend album. But always the piano drives the music. These days I am working on an instrumental album…just piano, more minimal. 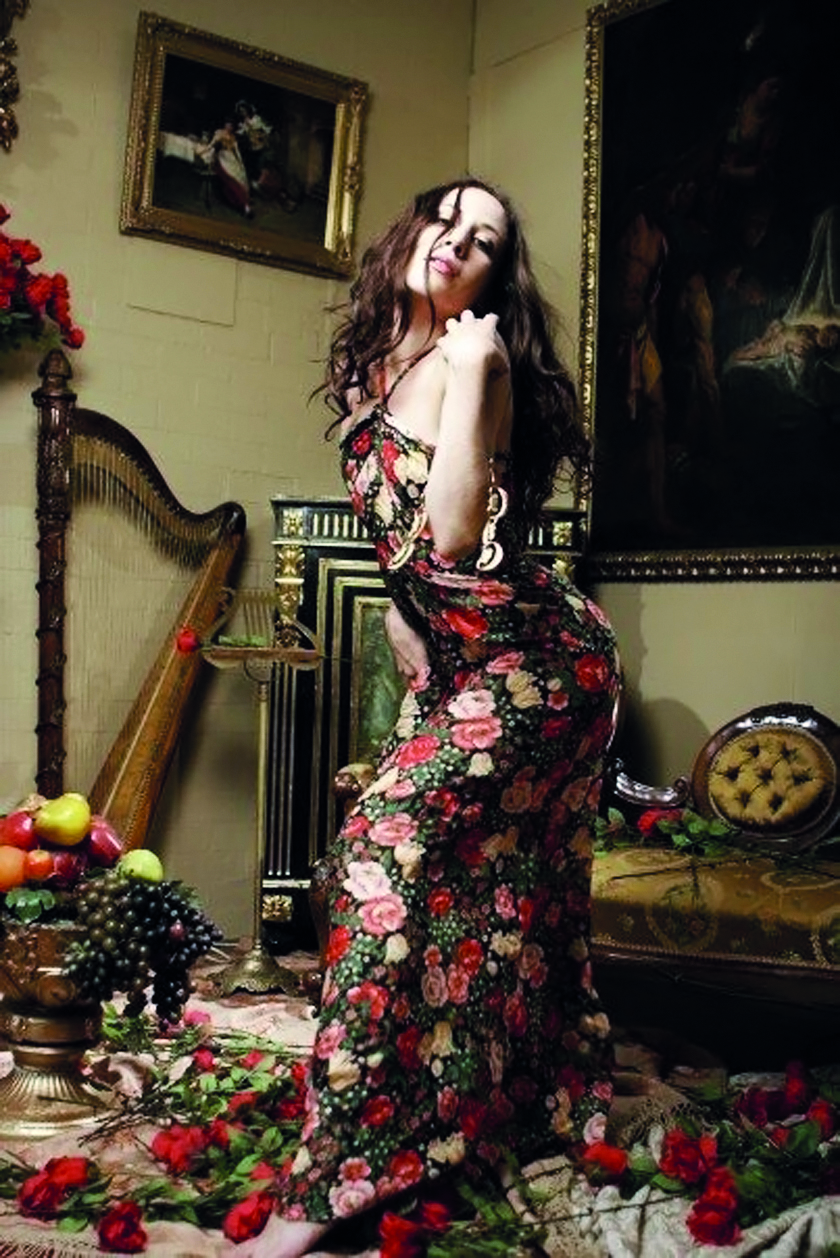 What is it like being a musician/singer in Asia?

In terms of fresh inspiration it is wonderful! I love being outside of my comfort zone as I feel it is easier to be creative if you are growing and experiencing new things in other areas of your life. I spent over a year writing songs at the Music Arts School which was inspiring to be around such enthusiastic local kids and involved in the musical culture there. I was able to perform at MTV Exit for Human Trafficking in front of 40,000 which was a great experience and invigorating to perform for such an important cause.

I have found that collaborating is much easier in this environment as there are so many more creatives wanting to collaborate for the love of it and the enthusiasm for my music has been heartwarming. There are amazing courageous and inspiring people who live in expat communities who are willing to take risks; more so than back in the comfort of the West. I met visionary producer Tegan Kiddle here and, along with her, was lucky to collaborate with Viraj Singh from Mumbai who travelled with me to Varanasi in India to shoot a music video for the track “Eyes of Galena”. Krista and Davi Wells from Eye Dream Creative collaborated on the music video for which we shot in and around Phnom Penh and down in the provinces. Collaborating with the monks at WatMontrey was a beautiful experience and it was definitely something that can only be achieved in this Asian context.

I did find however, that finding great recording studios here in Phnom Penh was tricky. However, the silver lining to that was the invitation by legendary percussionist Lewis Pragasam to record in his home country Malaysia where he brought over 30 handmade drums and percussion instruments to the sessions. It was so inspiring! 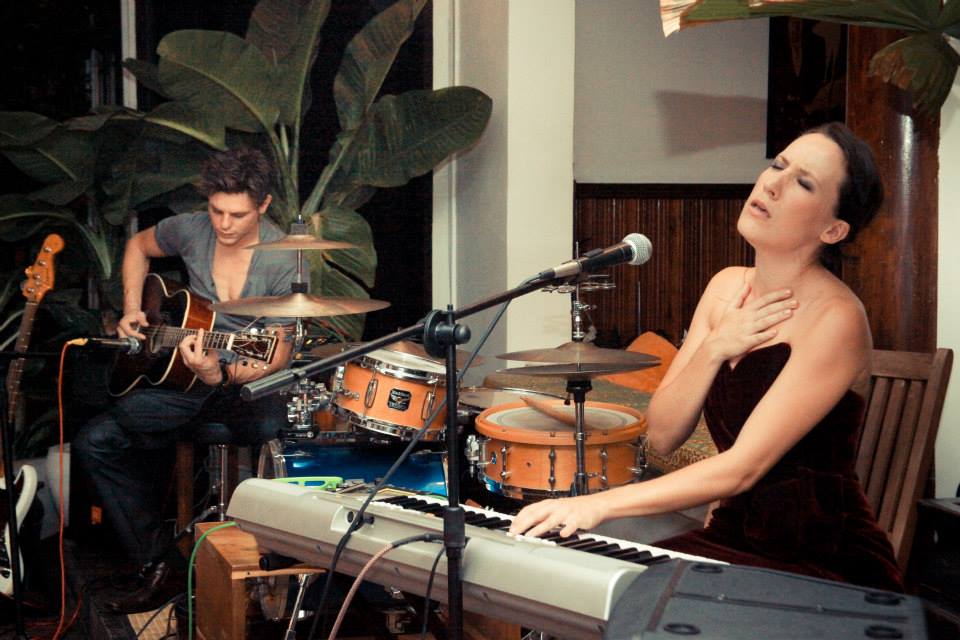 What influences your art?

It is different every time. I’ve been influenced by so many things. I very rarely write about Love and relationships as I find it somewhat done to death, inane and one dimensional. I write about ideas that inspire me to regain my strength and tap into the parts of me that are constantly trying to overcome fear and limited thinking. I’ve been influenced by ideas, books I’ve read…I wrote a song called “Wall of Jericho” once which was inspired by a line in the book “The Game of Life and How to Play it” by Florence Schovel Shinn…about the children of Israel that spoke their Truth and the metaphorical walls keeping them from their greatest potential came tumbling down…

“Magdalene” was a song I wrote after watching “The Magdalene Sisters” a film about the abuse of girls by Catholic nuns in “reform” schools across Ireland in the first part of the 20th century. The song grew to encapsulate all forms of abuse incited by Religiously justified extreme thinking. The oppression of women in Islamic cultures, crimes of “honour” etc
“Pleats of Fortuny” is a song I wrote about depression and feeling at odds with the reality you’ve created for yourself. Feeling like a stranger in your own skin, a stranger in your own home. Being aliented from the world around you because you refuse to give up your personal Truth …

“Canvas of Silence” is a song I wrote about being Creatively blocked and the journey of emancipating myself from my own unrealistic creative expectations. Ironically, it took me 2 years to finish as I had massive creative block during it.

I wrote the song “Seeds of Life” about hope and an indestructible spirit. Inspired by my Khmer friend Rina Roat and her journey growing up homeless in Phnom Penh. She is an inspiration.
“Eyes of Galena” is a song I began writing in Varanasi in India in 2009. It is the oldest inhabited city in the world and the holiest place to die for Hindus. The song is about rebirth, freeing yourself from past unhealthy limiting beliefs and the courage to transform and let go of who you were. 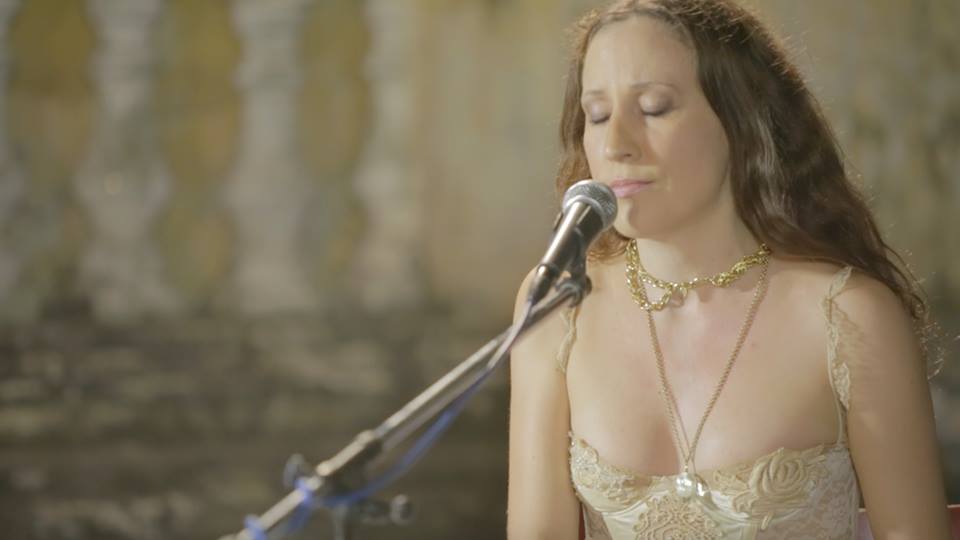 Do you ever dream about music/ hear music in your dreams? If so, in what ways?

I often hear songs fully formed. Which is overwhelming as it is often a race to notate it/record it on whatever I have available. Frantic scores on the back of restaurant serviettes or bus tickets can be found all over my house. I sometimes hear songs in my dreams and wake up still hearing them perfectly which is AMAZING and sort of feels like I’m cheating. I don’t feel like they are my songs. One of the first songs I ever wrote “Beautiful Girl” was sung to me by a big fat blonde lady in my dream…I was in a news agency looking through paper clips and she came up to me aggressively and said “THIS IS YOUR NEXT SONG…TAKE IT” and sang me the chorus melody.
I woke up instantly and wrote it down. It was so surreal.

I remember once in Phnom Penh having a really powerful dream that I will never forget.
I was somewhere quite majestic and ancient…like ancient Rome or Greece in the centre of a white circular Parthenon type temple…I was surrounded by Sages in White robes and they were watching me sobbing over the body of my mother.

I was in so much pain…crying to the Gods and asking them to please take my body instead and give my mother life; my mother and I were connected in such an intense embrace and we kept morphing into each other…I was dead, and she was weeping, the back …the sages just watched and told me peacefully that “All of your life’s vanities were leading to this…death is your birthright, now you must become everything that she was, now you must become everything”
From far away I could hear a song in the distance and it was so sad.

I then woke to find myself in my room in Phnom Penh. I ran into the bathroom and just sobbed and found myself singing the song that I had heard from that ancient temple. It became the song “Promised Land”. It was the most beautiful and emotional moment I can remember.

“All of your life’s vanities were leading to this…death is your birthright, now you must become everything that she was, now you must become everything”
Do you think you could ever live without music being a part of your persona?
I have gone through periods of my life where I have not engaged with my art much or listened to much music and sometimes it is a relief; it takes the pressure off in one way but I have to be careful as if I don’t create for a long period of time I become prone to depression as my art is my emotional and spiritual compass helping me navigate and feel in control of my world.

“My art is my emotional and spiritual compass helping me navigate and feel in control of my world.” 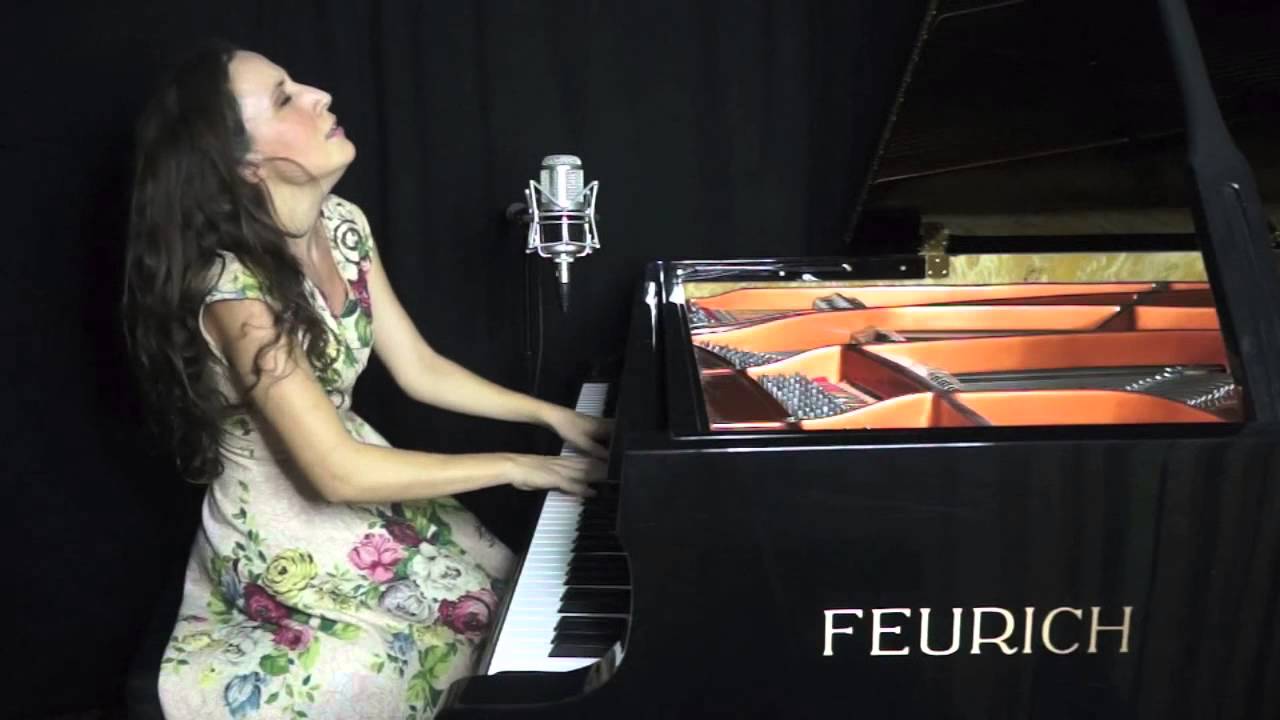 You are also very into vintage clothes and the love of past eras and your music also reflects the same sentiments, why do you like to return to the past?

I feel that the things that have lasted have done so for a good reason.

Do you prefer playing in front of a large audience or an intimate smaller audience? Why?

It is often easier to play in front of a larger audience as the nuances of people’s reactions are lost and they become one big abstract entity, making it easier for me to become intimate with my own performance and get into a more focused zone. Smaller audiences can be really tough as you have to navigate the social aspect of the room while simultaneously trying to remain inward and focused on the performance.

Who is your favorite artist you are currently listening to?

One of my improvisations “Les Jardins de la Carambole” was recently chosen by Nils Frahm for his annual Piano Day compilation and through that I discovered a whole variety of incredible Neo-Classical piano composers that I have been devouring. Amongst them, Federico Albanese, Ivan Muela and Library Tapes are standouts. 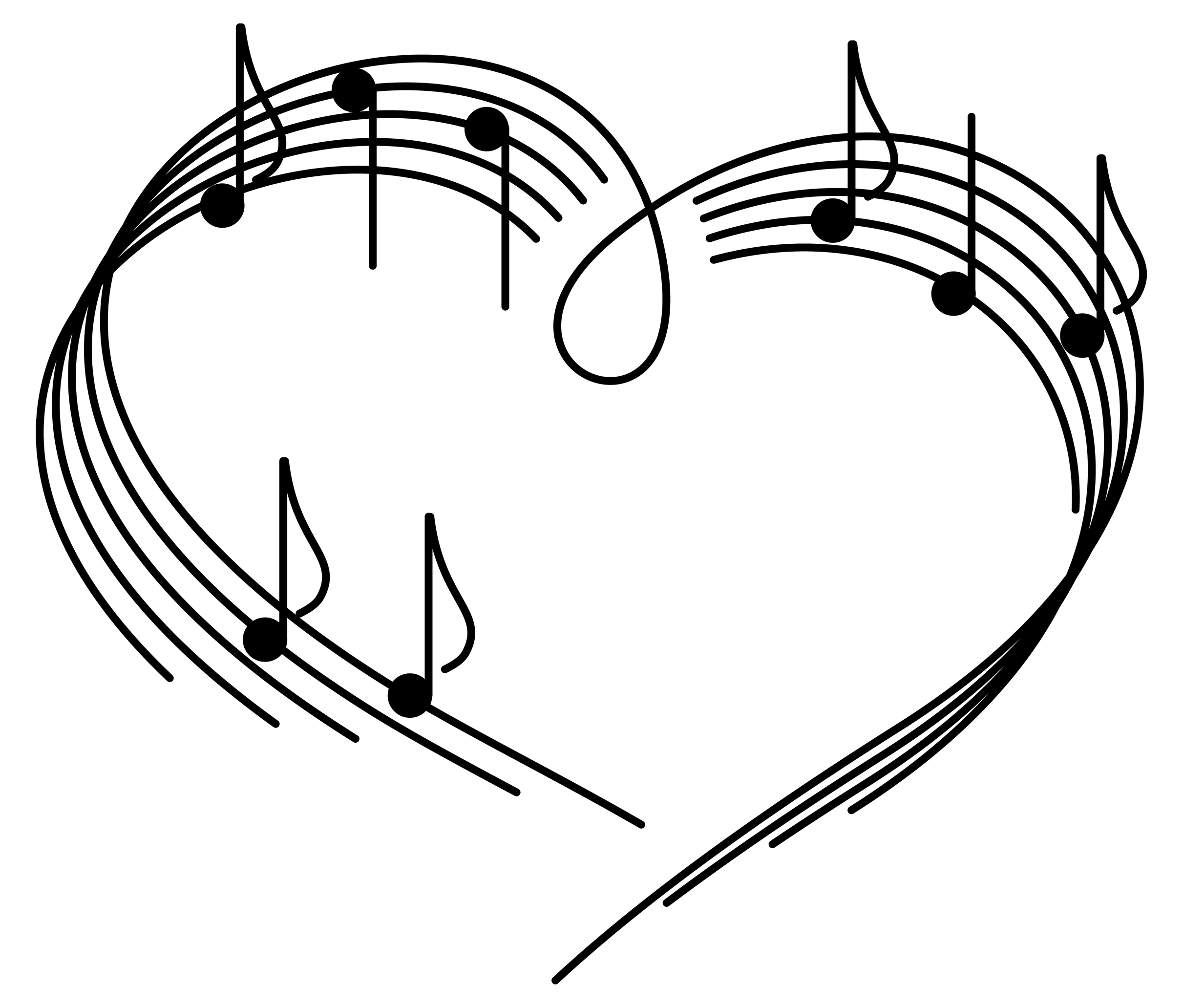 Do you have any advice to women living in Asia who want to further their musical career?

I would say if you want a great recording, you should definitely travel to another country. I have had some very strange experiences in studios in Phnom Penh and have yet to find a really professional recording environment. There are some incredible studios and musicians in Kuala Lumpur and Bangkok that offer day rates at a fraction of the cost of the West.