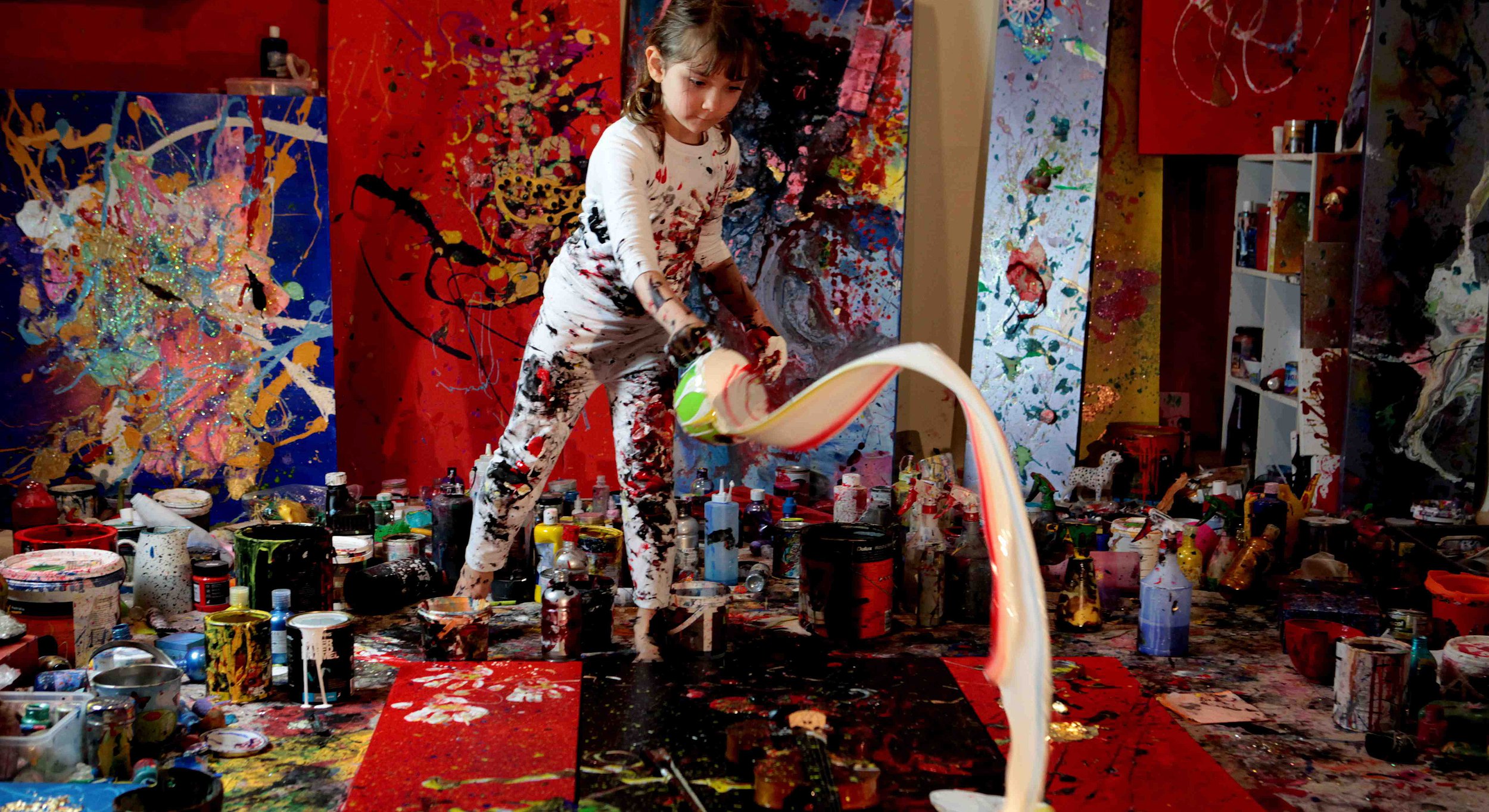 Aelita Andre, the youngest professional artist in the world, is an Australian born lass of Russian heritage. Born in 2007, she first began to paint professionally, from nine months old when her amazing acrylic-on-canvas paintings were included in her solo exhibition in Australia when she was two. Aelita’s paintings embody the rich expressive artistic impulses that the fathers of modern art such as Wassily Kandinsky and Paul Klee drew upon about a century ago, setting the pace for the entire abstract art movement. 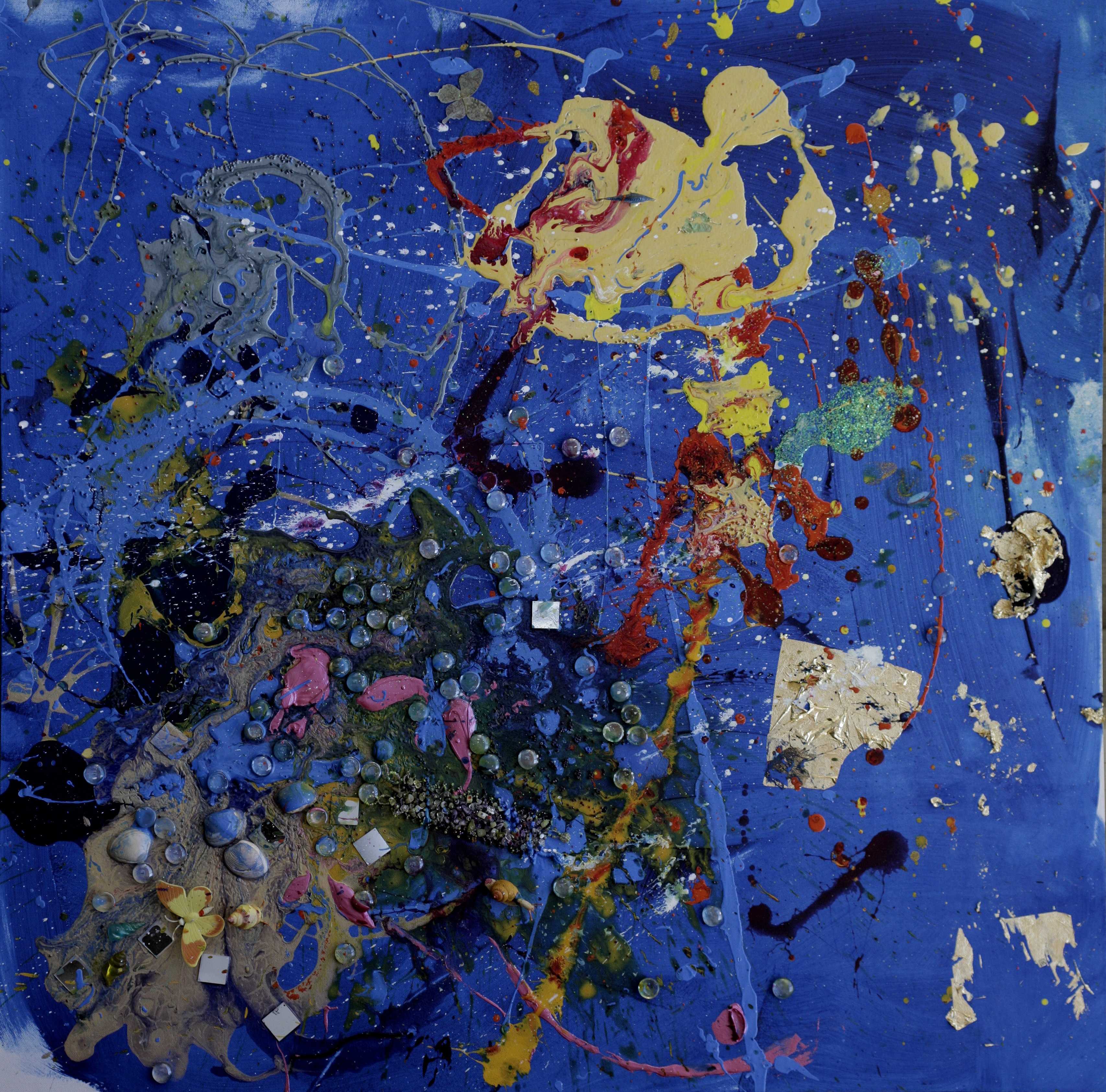 With Aelita, it is as if art creation itself in all its essence and purity is being returned to the source from where it originally derived. Picasso acknowledged the creative genius in the purity of a child and its ability to be visually brazen and bold as demonstrated by Aelita in her works.

“What might be taken for a precocious genius is the genius of childhood. When the child grows up, it disappears without a trace. It may happen that this boy will become a real painter someday, or even a great painter. But then he will have to begin everything again, from zero.” -Pablo Picasso

Aelita Andre’s work sets her apart and far from the conformity and convention of western art. She creates art works that are stunning in their vivacity and originality. Indeed, a child is the true modern artist. They are pure in their application and motivation and are free and unhindered in their expressions. 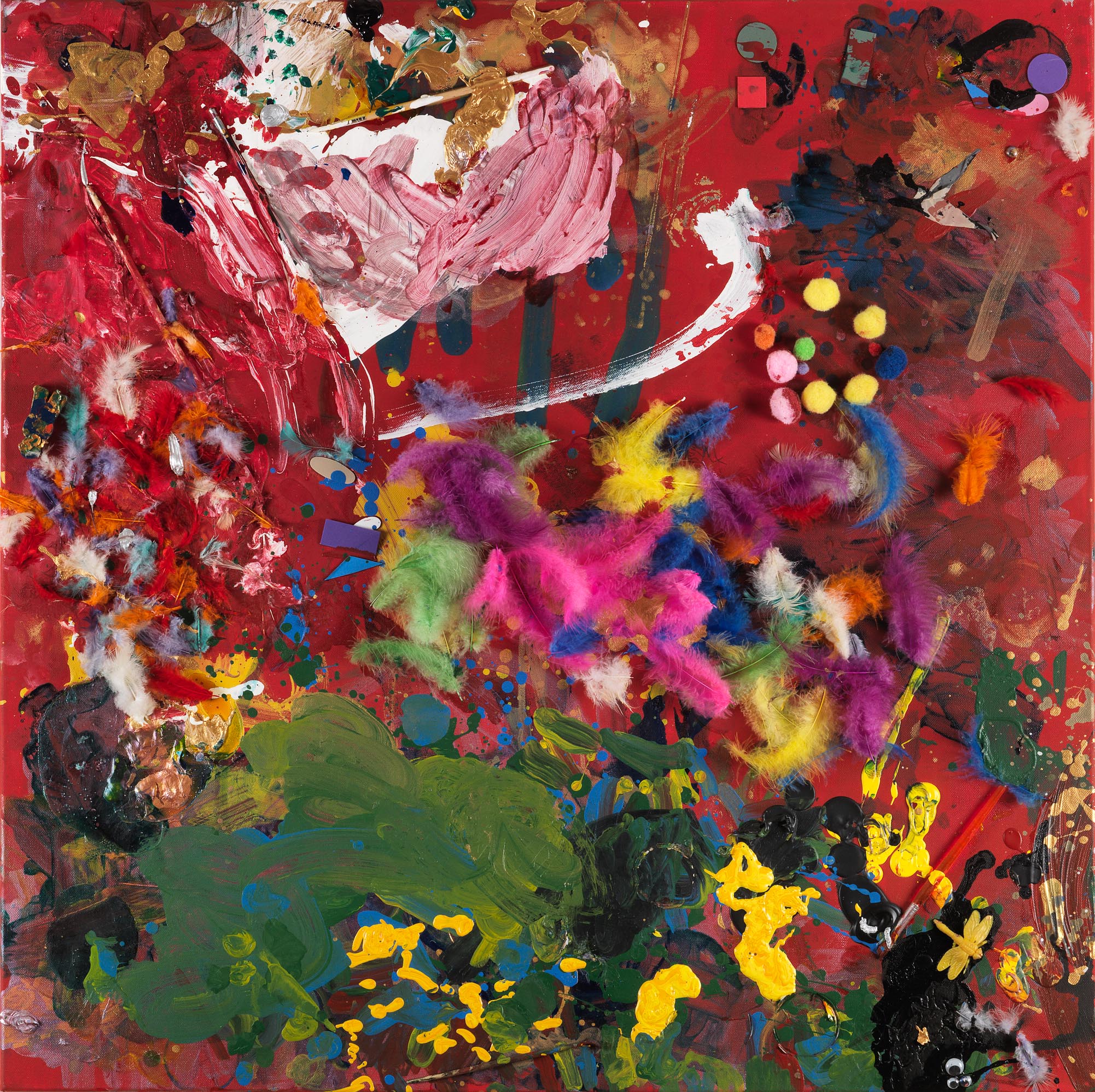 Aelita’s parents first realised Aelita had a natural talent for painting by chance when Aelita was only an infant. Her father Michael recalls, “Before Aelita was born I had dabbled in painting on and off as a pastime. I laid the canvas down in the family room and was about to begin painting when Aelita, still a tiny infant, crawled onto the canvas and without hesitation began squeezing the tubes of paint and delightfully yelling and laughing, smearing and dabbing paint across the canvas. It was instantly evident she loved her newfound activity and the effect she was creating, smiling and joyously babbling the way an infant does. Her eyes glanced from one point to another absorbed in the act of painting with sheer pleasure.”

Her father stood up and looked at her painting and was instantly struck by the beauty of his daughter’s work. “She had created an extraordinarily beautiful painting – a genuine work of art – the work of a mature abstract artist. The painting was innocent and liberated yet mature and masterly in its execution and effect.”Aelita Andre had hit on something fully formed, a style that has developed and continues to evolve to this day. 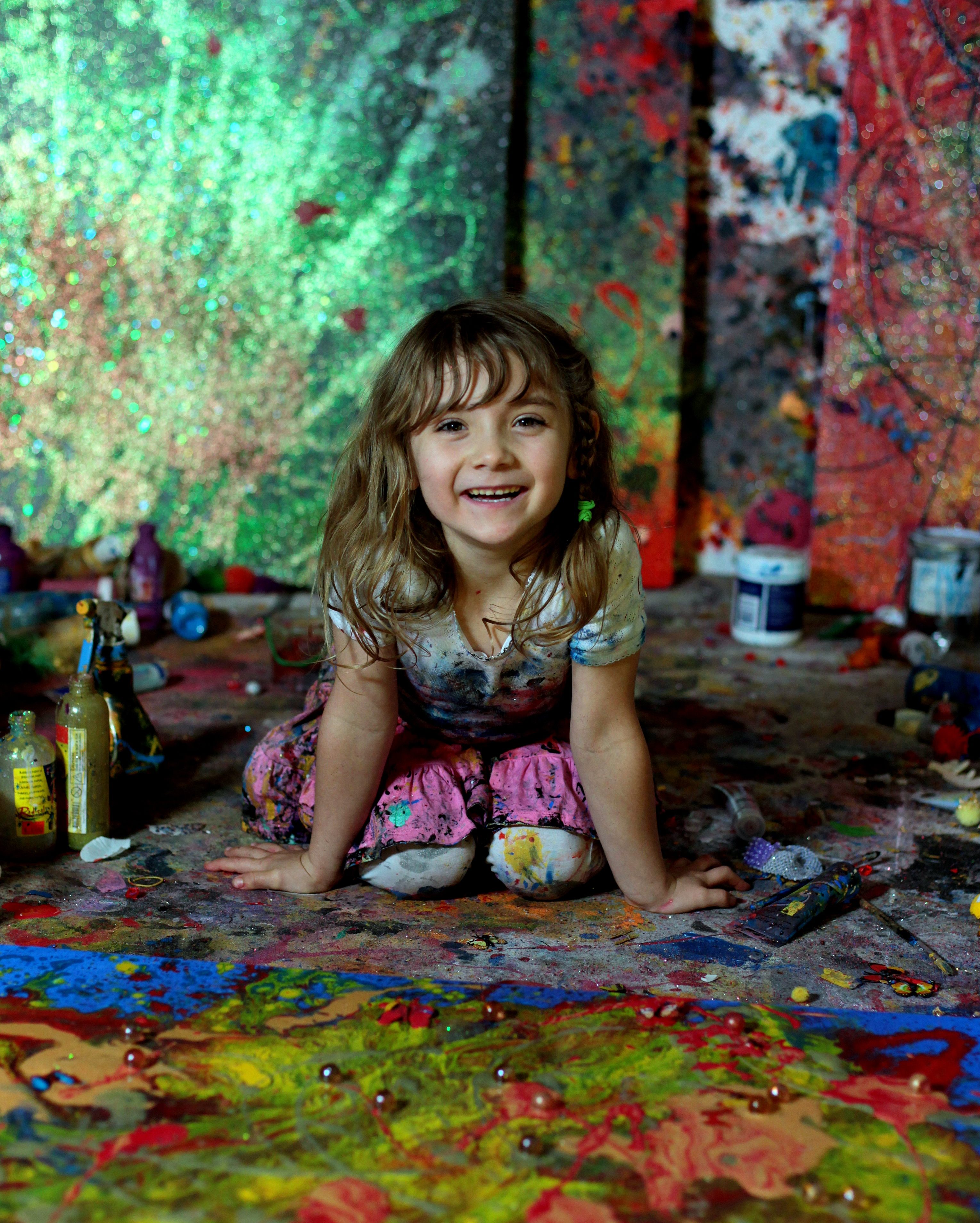 In her paintings,Aelita is not confined. She is not concerned with representation or figuration. Her works stem from the purity of a child expression in play. She started playing with colours since she was only two months and over the years, she continues her free-spirited form, creating broadly what comes to mind. Some of her works may imply intents, employing found objects but they are blissfully contumacious. Aelita is extremely lavish with colours, and uses textures, shapes and lines as expressive ingredients in the process of her creation. Heavy splashes, bubbles and drips intrigue her experimental mind and she finds the infinite dazzling variations of the interplay of colour immensely exciting. Every stroke, smear and splash is the indelible signature of innocence – the subconscious mind ‘writing’ its own existence – in the moment – onto a canvas using paint and found objects. 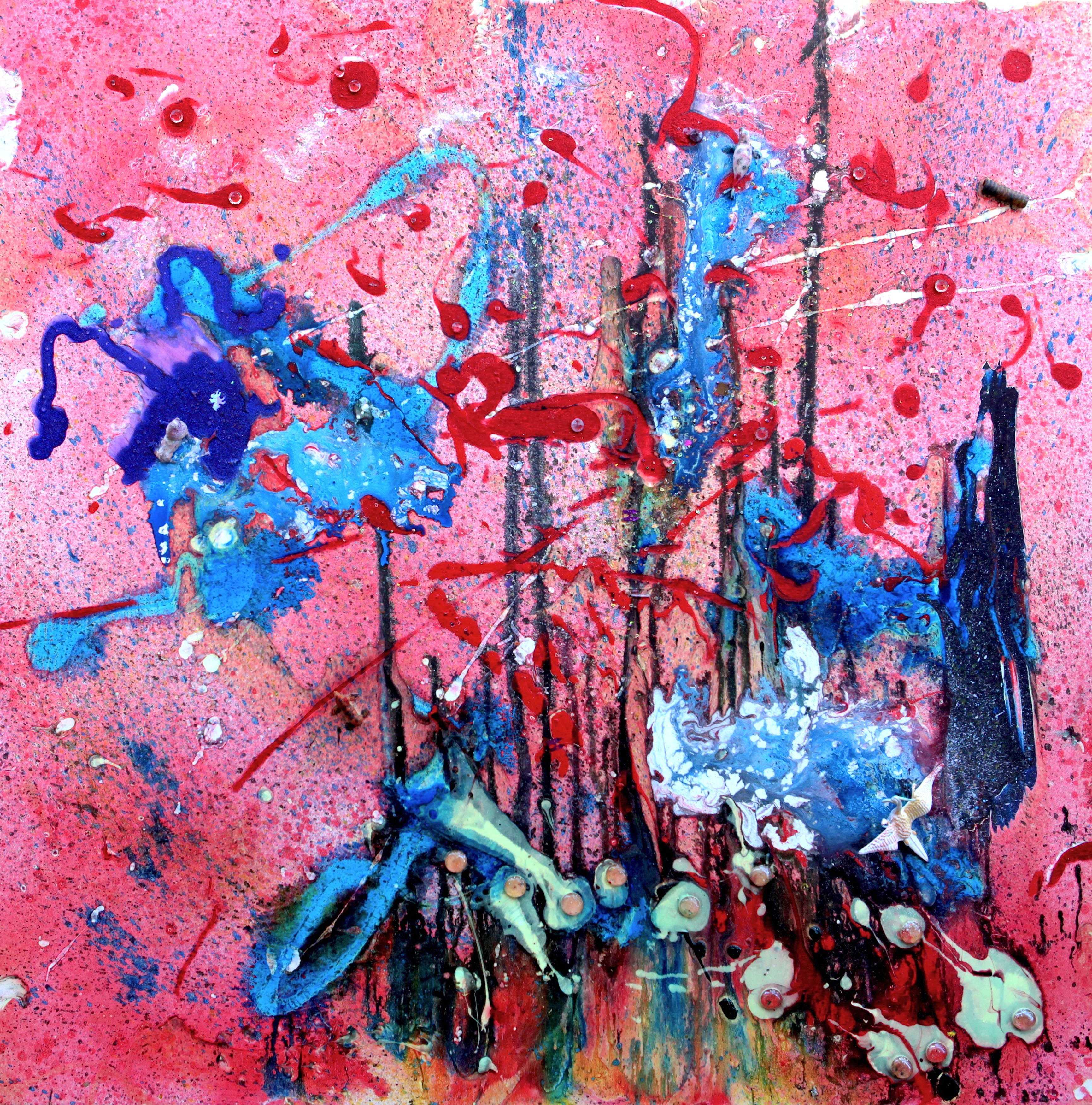 Today Aelita Andre is an internationally recognized artist whose solo exhibition at Agora Gallery, New York, in 2011 sold out in seven days. Created with the joy and free spiritedness of her youth, her expressively colourful abstracts are remarkable evidence of her spontaneous intuitive impulses. Intention and message are at their most abstract in her art. Her art has been described as wildly imaginative eruptions of colour in a kaleidoscopic phantasmagoria of paint and found objects.

At an age when kid’s art only gets as far as the refrigerator door, Aelita Andre is showing hers in galleries – and drawing raves from the international art community for her work.

In November of 2013, when Aelita was only six, she painted live in front of 20,000 people in the LDS Concert Hall in Salt Lake City, Utah. She loved the audience attention and created an amazing painting attaching a violin to the canvas which she played while it was glued to the painting. 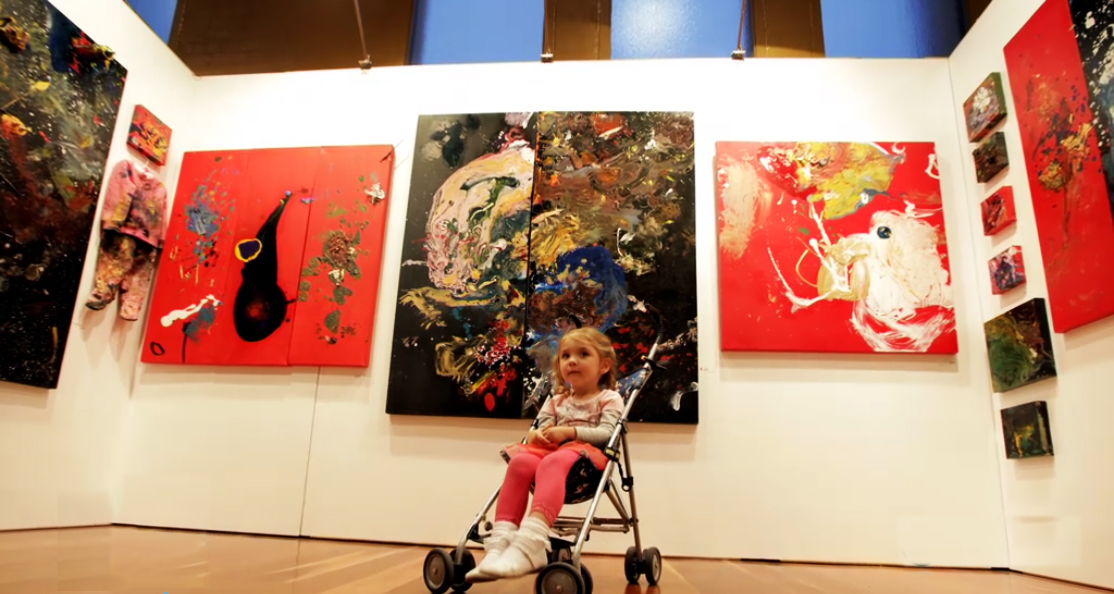 In February/March 2014 Aelita staged a solo exhibition in the prestigious Yan Gallery in Hong Kong and also at the Asia Art Fair in Hong Kong.

Aelita had been invited to participate in the Italian Biennale staged at Chiancano in Italy in 2015 and had also exhibited in Kings Road’s Gagliardi Gallery in London and in Japan.

This year, Aelita’s works were exhibited at the Russia Academy of Fine arts Museum in St Petersburg, Russia.

“The word ‘prodigy’ doesn’t get loosely used in the art world, and from very early on, Aelita has been compared to the likes of Jackson Pollock and others from the world of abstract expressionism and surrealist art,” said Peter Gagliardi of Gagliardi Galleryof London. 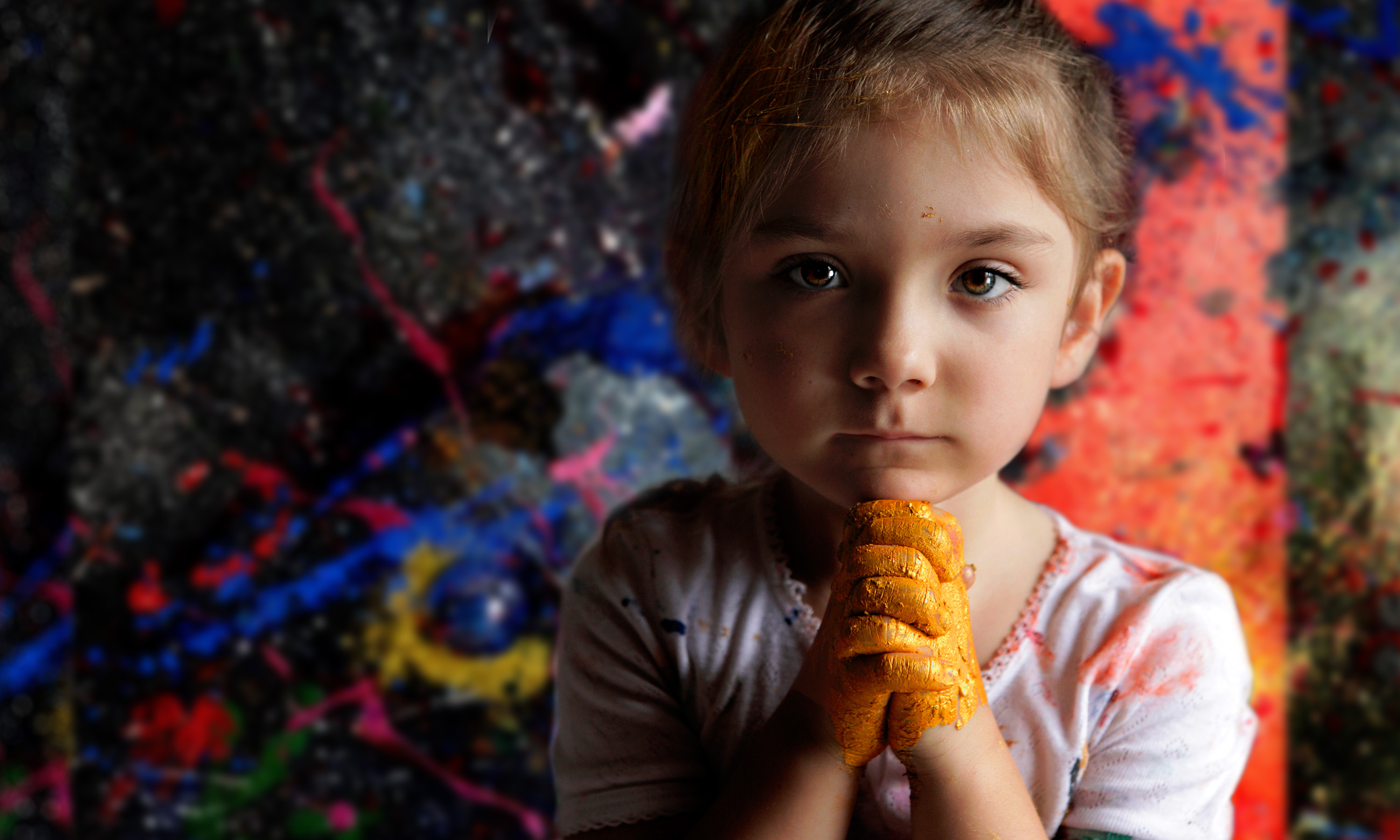 Her works have fetched up to $50,000 but she’s set on loftier goals than making money. Her dream is to save nature, and to travel to space, and to be a palaeontologist and a scientist. She has asked her mother not to cook meat in the house because she didn’t want to see animals hurt. Such is the heart of this fine young artist and aside from the prolific painter that she is, Aelita leads avery normal life for a girl her age. She loves playing the piano, violin, singing and learning drums. She also loves ballet and rhythmic gymnastics and goes out with her friends.

We’ll be seeing more of Aelita Andre’s achievements for sure. At this tender age and being so talented and mature in her thoughts, this lass is bound to have more for the world to enjoy.