The laws under which we live 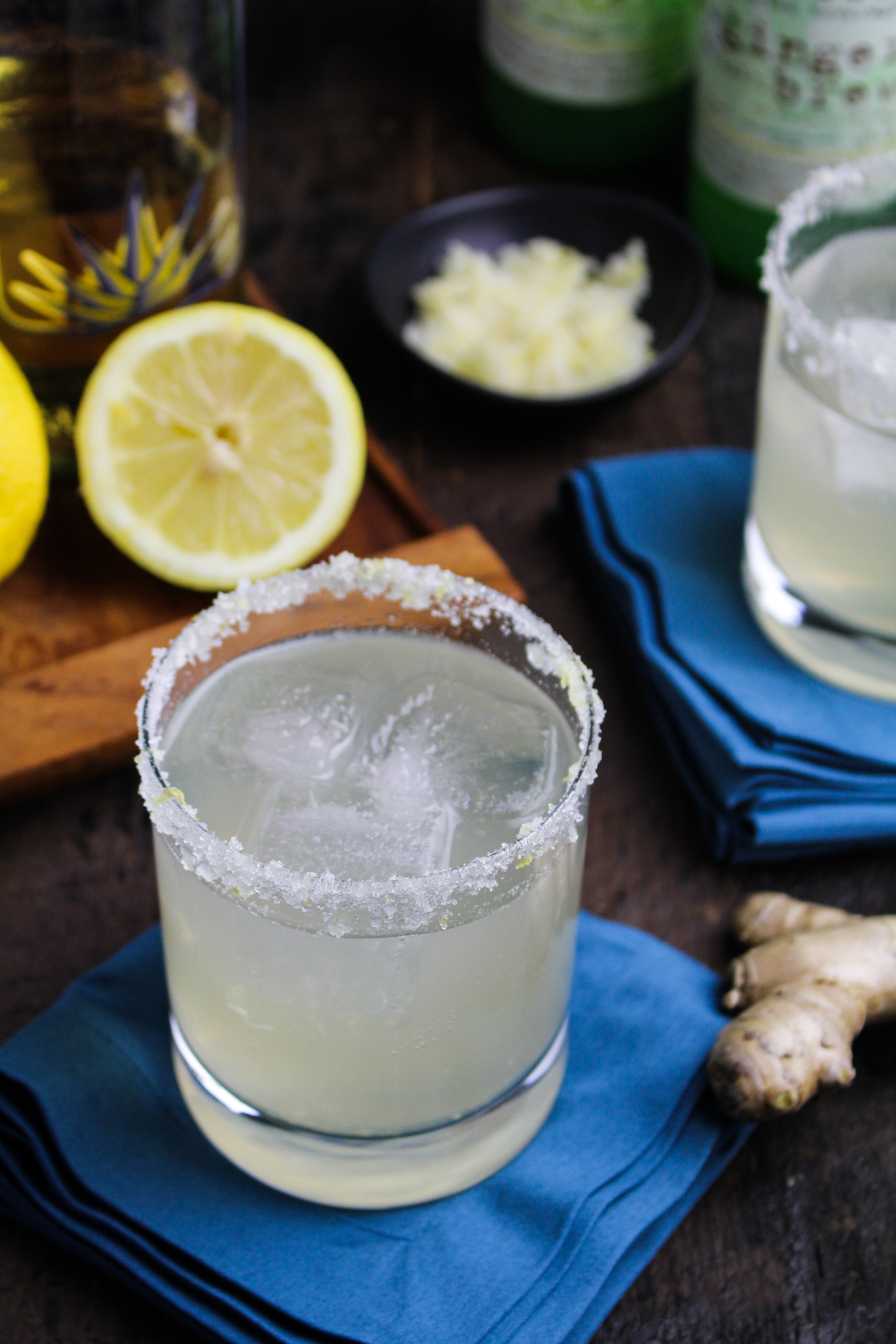 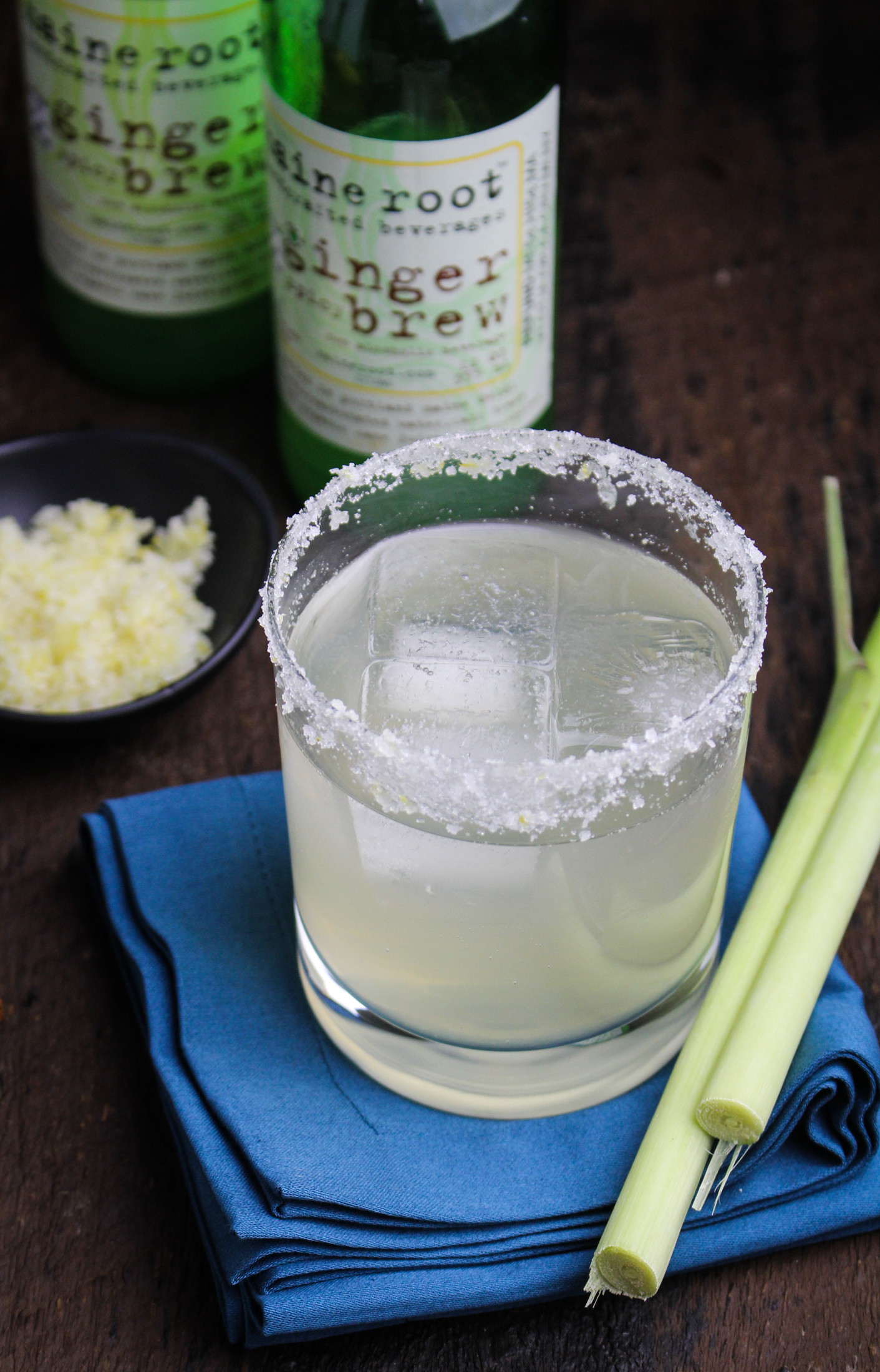 ​ ​FOR A PITCHER
​ ​16slices of ginger the thickness of a quarter (no need to peel), coarsely chopped
​ ​8 fresh kaffir lime leaves, cut in half where the leaf is indented (optional)
​ ​1 1/2cups 100% blue agave blanco tequila
​ ​1/2cup fresh lime juice
​ ​1/2cup orange Curaçao or other triple sec
​ ​1/4cup Ginger Agave Syrup
​ ​1cup sparkling wine such as a cava from Spain
6cups ice

Instructions
For a single serving:
In the bottom of a cocktail shaker, muddle the ginger slices and one of the optional kaffir lime leaf halves with a cocktail muddler or a wooden spoon until coarsely mashed. Add the tequila, lime juice, orange Curaçao, Ginger Agave Syrup and ice. Cover and shake vigorously until frothy and cold; tiny ice crystals will appear in the drink after about 15 seconds of shaking. Strain into a 6-ounce martini glass and top with the sparkling wine. Bruise the other half of the optional lime leaf by slapping it between your plans to release the aroma. Float it on the top of the drink and serve immediately.

For a pitcher:
In the bottom of a pitcher, muddle the ginger and half of the optional kaffir lime leaf halves with a cocktail muddler or wooden spoon until the ginger is a coarse mash. Add the tequila, lime juice, orange Curaçao and Ginger Agave Syrup. Stir, cover and refrigerate until chilled, about 2 hours.
Fill a cocktail shaker ¾ full with ice, and pour in 1 ½ cups of the margarita mixture (be sure to include some of the muddled ginger and lime leaf from the bottom of the pitcher). Shake and strain into 3 6-ounce martini glasses, then top each with sparkling wine. If using the lime leaves, one by one bruise them by slapping them between your palms to release their aroma. Float a piece on top of each drink and serve immediately. Repeat for the remaining margaritas. 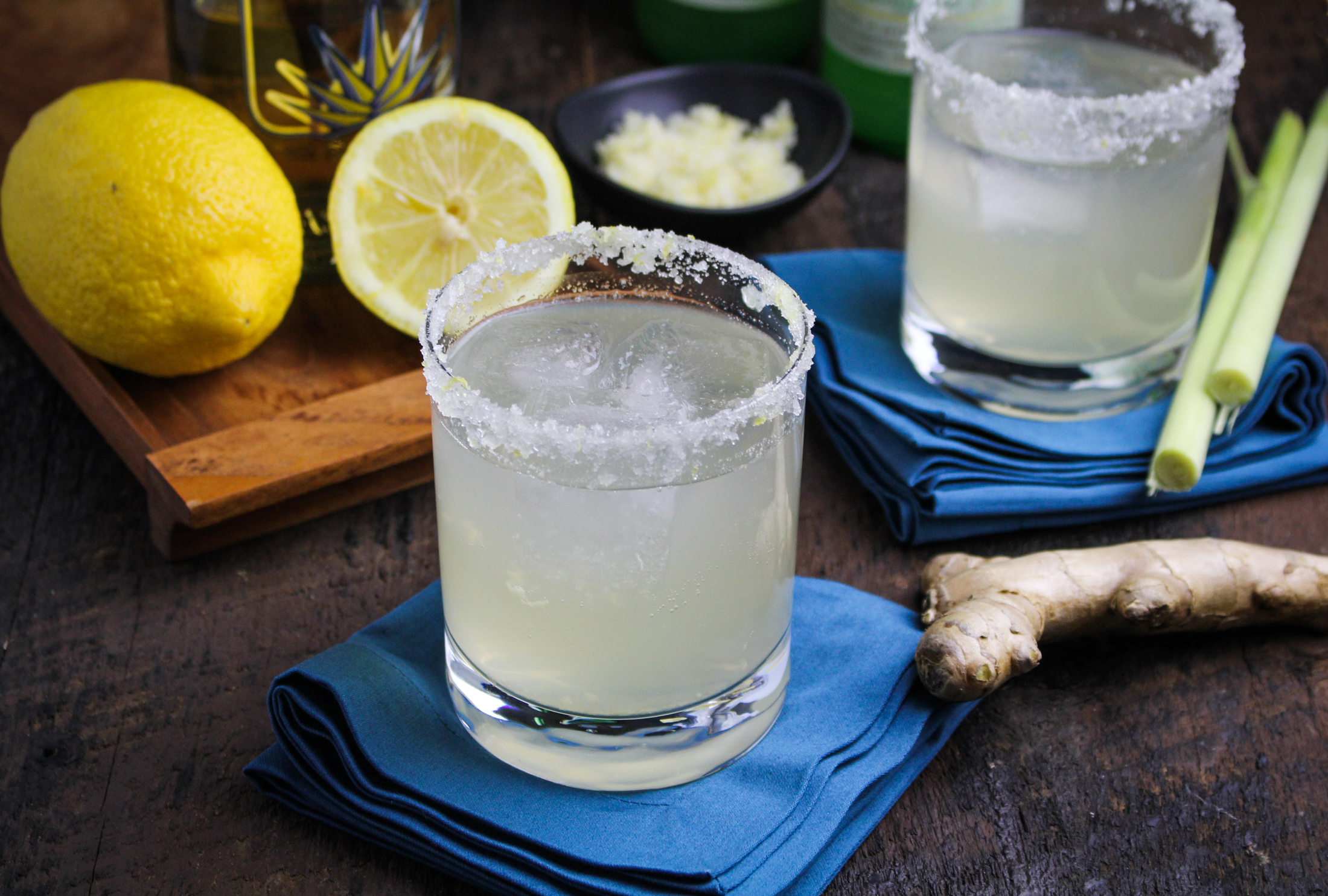 For Ginger Agave Syrup:
½ cup agave syrup (light organic syrup gives the best flavor)
¼ cup (about 1 ounce) finely chopped ginger (no need to peel it)
Into a small saucepan, measure the agave (or simple) syrup and 2 tablespoons water. Set over medium heat and add the ginger. When the mixture reaches a simmer, time 2 minutes, then remove from the heat and cool to room temperature. Strain. The syrup will keep a month of more, tightly covered in the refrigerator.

Related Topics:Health & Fitness
Up Next