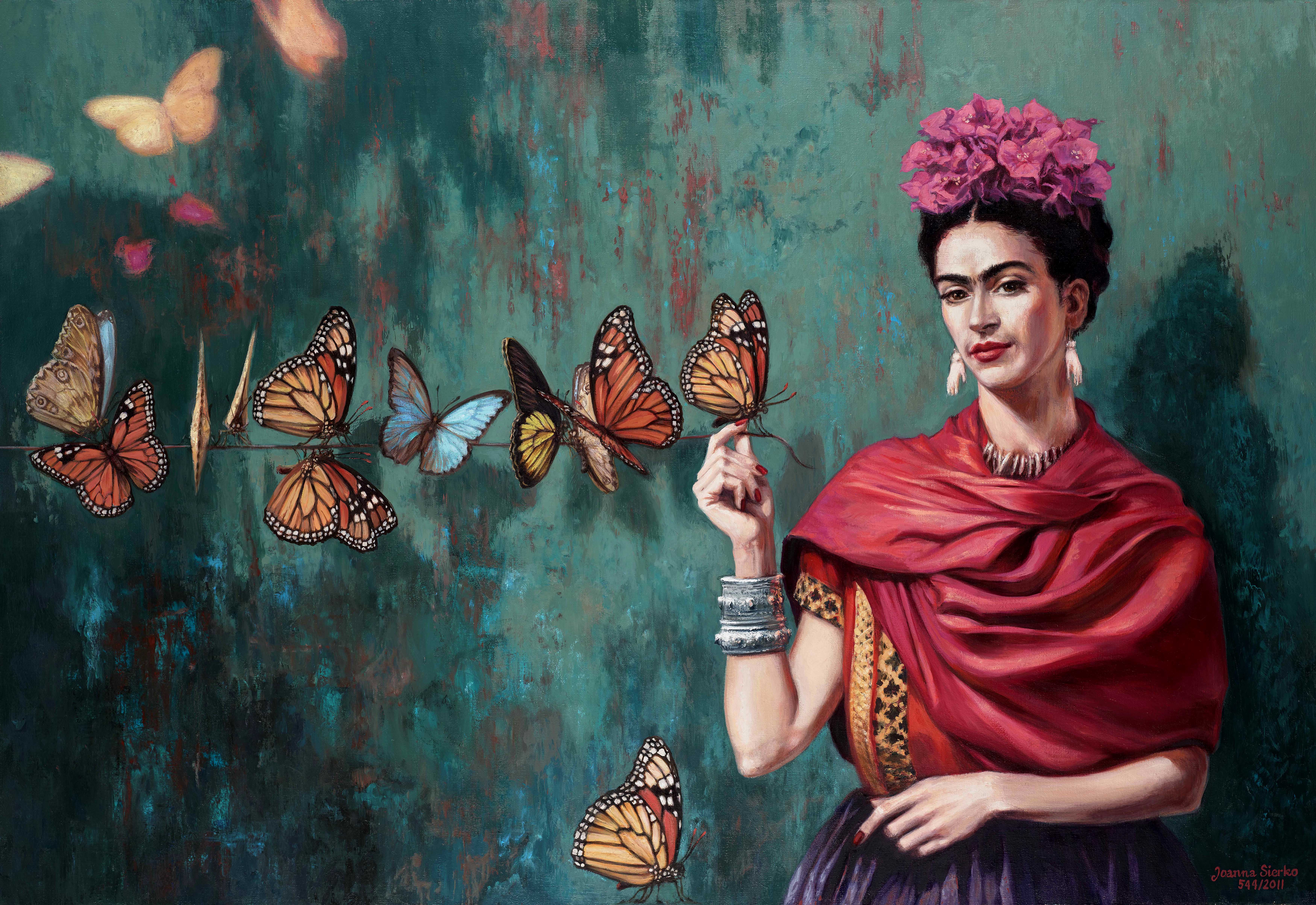 Born in Mexico in 1907, Magdalena Carmen Frieda Kahlo y Calderón, was to become famous for her self-portraits, her long skirts, colourful clothes and her distinctive eyebrows. Today Kaho is a feminist icon and one of the most famous women in the history of art, not just for her distinctive style of art, but also for her colourful life.

Frida suffered polio as a child and as a result one of her legs was thinner than the other, she wore long skirts to hide this fact. Growing up during the time of the Mexican Revolution Frida was a regular witness to witness to violent armed fights. Frida was later to claim that she was born in 1910, the year of the revolution so as to be directly associated with it.

Upon finishing school Frida planned to study Medicine, however, she was involved in an accident whilst travelling on a bus which resulted in serious fractures to her spine and pelvis. Whilst recuperating, she began to paint and completed her first self portrait the following year. 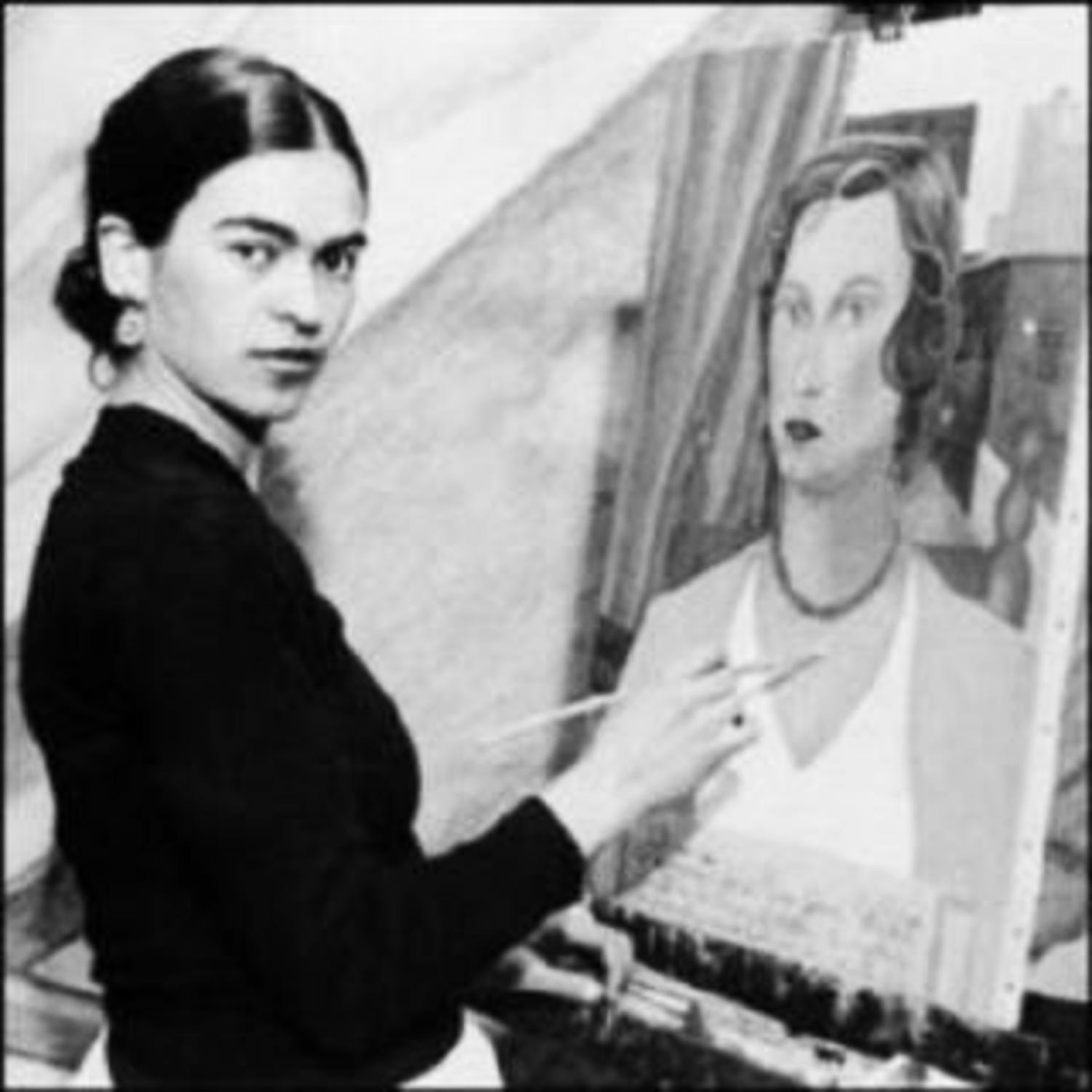 During her recuperation Frida began painting full-time, joined the Young Communist League, and the Mexican Communist Party. It was at Communist Party event where Frida met fellow artist Diego Rivera. Although 20 years her senior and with two common-law wives they were later married. Frida’s described the physical union as a “marriage between an elephant and a dove”. However, he approved of the union as Diego, an established artist would be able to take on responsibility for Frida’s medical bills.

Moving to Cuernavaca where Diego was commissioned to paint a mural, Frida began to draw inspiration from Mexican folk art for her paintings. It is here that she began to remove herself from European influences. She began to dress in traditional Mexican clothing and braid her hair, embellishing it with ribbons and flowers as a means to identify with her indigenous culture.

Frida and Diego had a tumultuous marriage, both were passionate and quick to temper. They both had extramarital affairs. Frida was openly bisexual and while Diego tolerated her affairs with women he was jealous of her affairs with other men. Frida found the fact that Diego had an affair with her younger sister unforgivable and they divorced, but were later re-married. They remained communists throughout their lives and after forming a friendship with Leon Trotsky, Frida also had an affair with him. Trotsky was famously assassinated in Cuernavaca, Mexico

The accident of Frida’s youth was always with her. Over the course of her life she underwent 35 operations associated with it and was in pain for most of her adult life. For the last 15 years of her life her health steadily declined. In 1950 she was admitted to hospital with gangrene. She spent nine months hospitalised and though she continued to paint and remain involved in political causes, that period of her work is reflective of her suffering. Sadly later that year that leg was amputated. 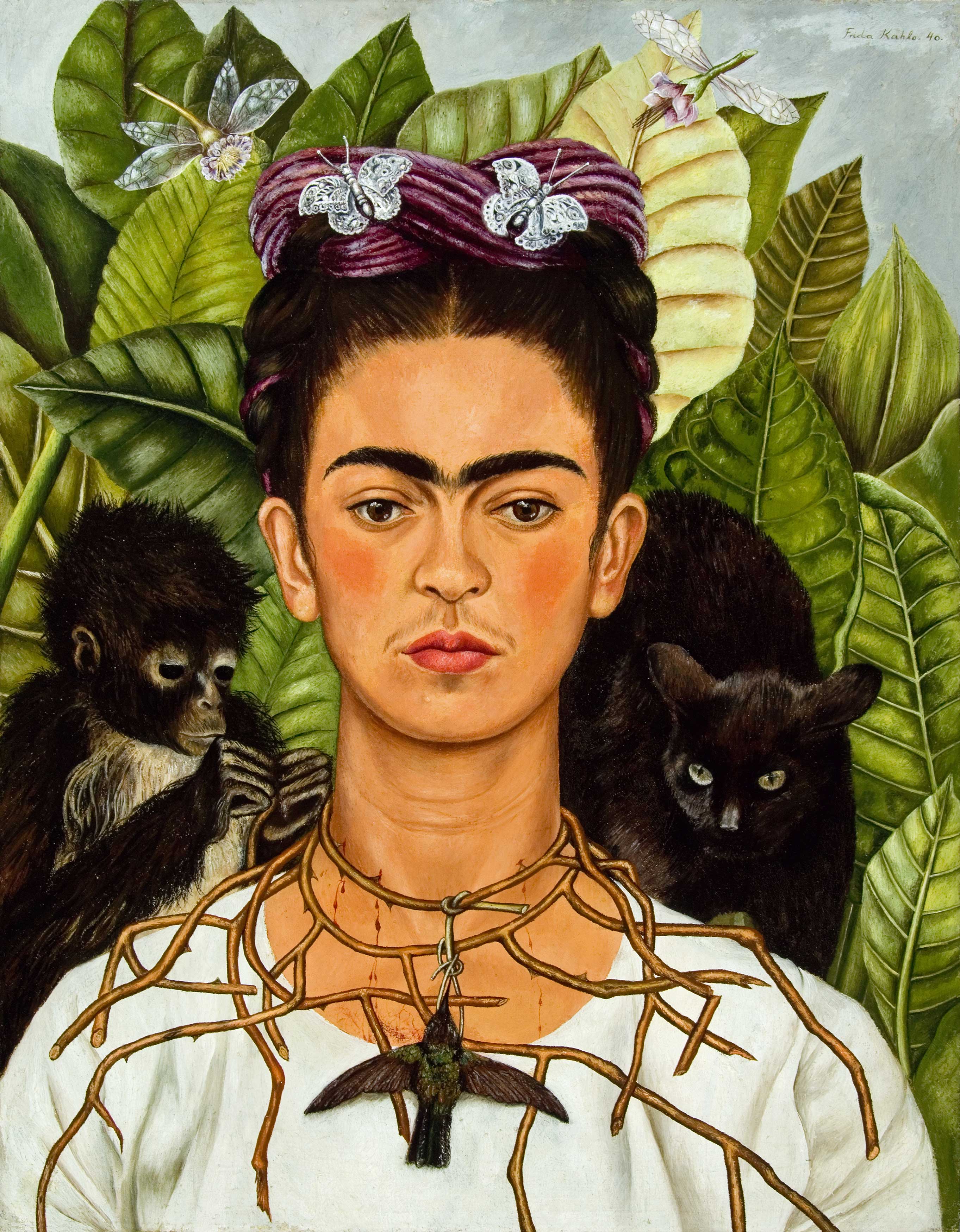 Battling depression, she became increasingly dependent on alcohol and pain killers. Fearing she may not have long to live, Mexican photographer Lola Alvarez Bravo staged her first solo art exhibition. Warned by doctors not to leave her bed, Frida surprised everyone by turning up to the opening in an ambulance and being carried in by stretcher.

In 1954 she wrote in her diary of wanting to kill herself. She died that year at age 47, and the official cause of death was pulmonary embolism, however it is suspected that she committed suicide.

She is famous for her self-portraits which frequently depict physical or psychological wounds. She and Diego never had children despite trying and a number of her works focus on her inability to have children. Although most renown for her self portraits, of her 143 paintings, only 55 of them are self portraits.

Mexico has declared the work of Frida Kahlo a national heritage and it is prohibited to export her art. Her work Roots holds the auction record for the highest Latin art.
The term Fridamania has been coined to describe the interest there is Frida Kahlo and her works. Her life and art have inspired merchandise, trends in fashion and a multi-million dollar movie based on her life starring Salma Hayek, titled Frida. 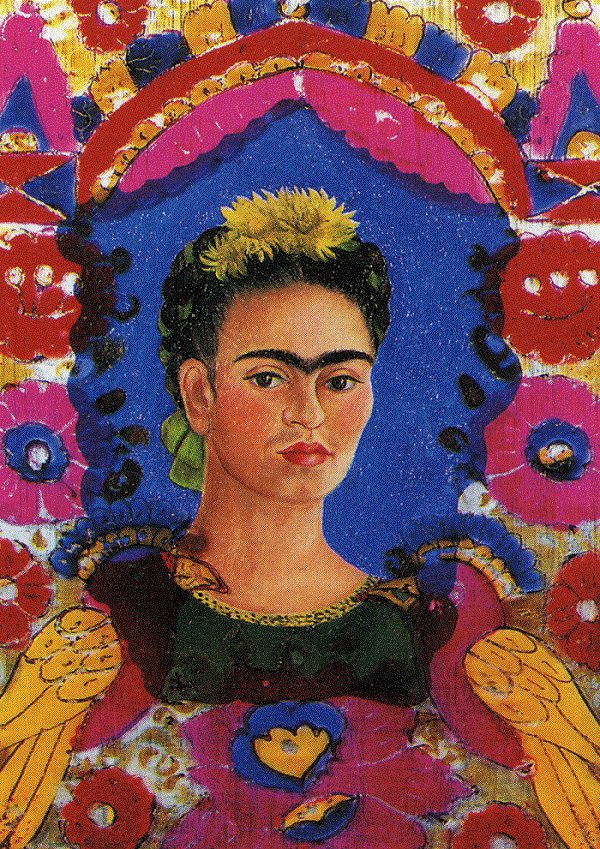 Each year young women on the verge of womanhood discover Frida and her art; a woman who despite a life of pain transformed this into beautiful art. Frida Kahlo today is a feminist icon and symbol for women for women the world over.

“I suffered two grave accidents in my life…One in which a streetcar knocked me down and the other was Diego.” “I paint myself because I am so often alone and because I am the subject I know best.” -Frida Kahlo