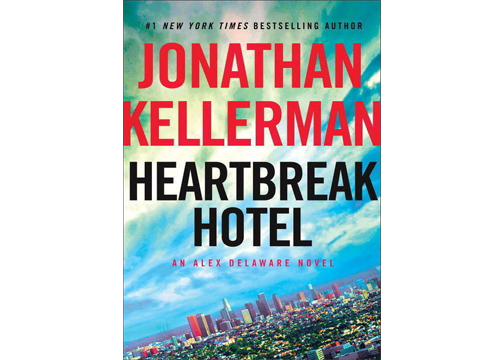 A gripping emotional page turner with a twist that will take your breath away.

Would you risk everything for the man you loved? Even if you knew he’d done something terrible?

‘A heart-wrenching and gripping tale. I was hooked from the very first page.’ Write Escape

Lara’s life looks perfect on the surface. Gorgeous doting husband Massimo, sweet little son Sandro and the perfect home. Lara knows something about Massimo. Something she can’t tell anyone else or everything he has worked so hard for will be destroyed: his job, their reputation, their son. This secret is keeping Lara a prisoner in her marriage.

Maggie is married to Massimo’s brother Nico and lives with him and her troubled stepdaughter. She knows all of Nico’s darkest secrets – or so she thinks. Then one day she discovers a letter in the attic which reveals a shocking secret about Nico’s first wife. Will Maggie set the record straight or keep silent to protect those she loves?

For a family held together by lies, the truth will come at a devastating price.

The Girl Who Lied

‘Sue Fortin writes with skill and pace, filling her pages with tension. With great characters and a gripping storyline, I was immediately pulled in and found myself desperate to turn the pages’ – Amanda Jennings

Erin and Roisin were once friends until a fatal accident ruined both their lives. Now, Roisin has discovered a secret―one Erin has kept for over a decade―and she’s determined to make Erin pay for her lies.

When Roisin suddenly disappears, suspicion soon lands on Erin. She would do anything to protect her family, but just how far is she willing to go when time is running out…?

A must read for fans of CL Taylor and BA Paris.

The Den Of Iniquity (Bastards of London, Book 1)

Anabelle Bryant’s latest book, “The Den Of Iniquity,” is the first in the eagerly awaited “Bastards of London” series, and was well worth waiting for. I LOVED THIS BOOK! Max and Vivienne were from different worlds, yet so very perfect together that I wanted their story to go on and on. I hope we’ll see them again in future books in the series, but I’m most excited to learn more about some of the secondary characters, specifically Cole and Luke, (other “Bastards of London”), who will be featured in those books. All you really need to know is this: Anabelle Bryant is a phenomenal writer. If you enjoy a truly well written romance, with a compelling storyline that will transport you to another place and time, and interesting, complex characters who jump off the page and into your heart, then I wholeheartedly recommend this book to you!

If I haven’t convinced you yet…let me leave you with this passage from “The Den Of Iniquity.” First, I’ll set the stage … Proper lady Vivienne Beaumont cannot forget her first meeting with the compelling Max Sinclair, and she has come to his gaming hell “The Underworld,” to seek him out. After all, he did give her his card in case she ever “needed anything.” He sees her, and is in an absolute rage that she would take such a risk, but then, when he gets her alone …

“The thread of curiosity wound him closer still and he braced a hand against the door where she remained, back flat on the panel, his hand in kind, a few strands of black silk caught under his palm. His lips hovered over hers, that little cupid mouth, pink lips, heart-shaped face, wide beguiling green eyes. His heart pounded in his chest as if it demanded to be let free. ‘What is it you need, Vivienne?’

It was the first time he’d said her name, the syllables molten velvet, a caress disguised by letters and sounds. She swallowed, aware the slightest movement would close the infinitesimal distance between their mouths, his full lips near enough to feel every breath, sense the smallest sway.”

Okay, I think my work here is done! Enjoy the book!

The addictive Sunday Times bestseller everyone is gripped by

Enter the world of One Folgate Street and discover perfection . . . but can you pay the price?

Jane stumbles on the rental opportunity of a lifetime: the chance to live in a beautiful ultra-minimalist house designed by an enigmatic architect, on condition she abides by a long list of exacting rules. After moving in, she discovers that a previous tenant, Emma, met a mysterious death there – and starts to wonder if her own story will be a re-run of the girl before. As twist after twist catches the reader off guard, Emma’s past and Jane’s present become inexorably entwined in this tense, page-turning portrayal of psychological obsession.

Following in the footsteps of Gone Girl and The Girl on the Train, The Girl Before is being brought to the big screen by Academy Award-winning director Ron Howard.

Gosnell: The Untold Story of America’s Most Prolific Serial Killer

He is America’s most prolific serial killer. And yet Kermit Gosnell was no obvious criminal. The abortion doctor was a pillar of his community, an advocate for women’s “reproductive health,” and a respected member of Philadelphia’s professional elite. His Women’s Medical Society Clinic looked like admirable community outreach by a brave doctor committed to upholding women’s rights.

Meanwhile, inside the filthy building, Gosnell was casually murdering born-alive infants, butchering women, and making a macabre collection of severed babies’ feet. His accomplices in crime were a staff of dropouts, drug addicts, and unlicensed medical professionals posing as doctors. But even more important to his decades-long crime spree were his enablers in the outside world―from the state bureaucrats who had copious evidence that Gosnell was breaking the law but did nothing to the politicians whose fervent support for abortion rights kept health inspectors away. The “pro-choice” political, bureaucratic, and media establishment smiled on Gosnell―and gave him carte blanche to kill. Even law enforcement seemed to not care. Philadelphia Police Homicide Unit received a complaint about Gosnell years before he was caught, gave it a cursory look, and ignored the evidence. Two women and hundreds of babies died after they closed the case. Luckily, Detective Jim Wood―a narcotics detective―opened a drug case against Gosnell. What he found when he served his warrant left even the most grizzled members of the police force stunned. Now Ann McElhinney and Phelim McAleer, the veteran investigative journalists and filmmakers behind FrackNation, dig into Gosnell’s crimes. A record-breaking crowdfunding campaign financed their Gosnell movie starring young Superman Dean Cain, but in the research for the film, McElhinney and McAleer uncovered fascinating and previously unreported revelations that couldn’t be included in the film. Gosnell: The Untold Story of America’s Most Prolific Serial Killer contains the full results of their investigation.

At nearly one hundred years old, Thalia Mars is a far cry from the patients that child psychologist Alex Delaware normally treats. But the charming, witty woman convinces Alex to meet with her in a suite at the Aventura, a luxury hotel with a checkered history.

What Thalia wants from Alex are answers to unsettling questions—about guilt, patterns of criminal behavior, victim selection. When Alex asks the reason for her morbid fascination, Thalia promises to tell all during their next session. But when he shows up the following morning, he is met with silence: Thalia is dead in her room.

When questions arise about how Thalia perished, Alex and homicide detective Milo Sturgis must peel back the layers of a fascinating but elusive woman’s life and embark on one of the most baffling investigations either of them has ever experienced. For Thalia Mars is a victim like no other, an enigma who harbored nearly a century of secrets and whose life and death draw those around her into a vortex of violence.